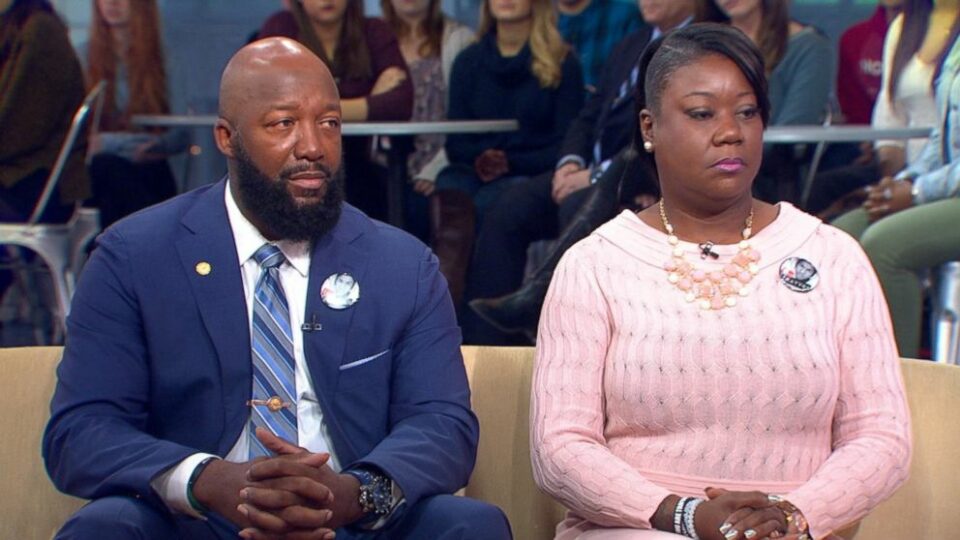 While Urban Meyer was the coach of the Ohio State football team, a staffer used a photo of Trayvon Martin to enforce a team rule that urged players not to wear hoodies in the football building, according to The Columbus Dispatch. But apparently, Meyer had no idea.

“Our team rule was no hats or hoodies or sunglasses of any kind but only in team meetings, just so we could see their eyes and make sure they were paying attention and not asleep,” Meyer explained.

In February 2012, Martin, a 17-year-old Black Florida native, was fatally shot by George Zimmerman. That night Trayvon was described wearing a hoodie, and since then, protestors across the country have worn hoodies in support of Martin as they called for Zimmerman’s arrest, prosecution, and conviction.

In a series of tweets posted on Jan. 1, former Ohio State defensive back Marcus Williamson made many allegations against the program. Among them, he claimed that a photo of Martin was used “via PowerPoint to institute our building-wide rule of no hoods in the building.” This event transpired in 2017.

My first team meeting. (True story 2017) This photo was presented to us via PowerPoint to institute our building wide rule of “no hoods” in the building pic.twitter.com/bGdJVZaEVT

In response to the claims, Ohio State reporter Jeff Snook reached out to Meyer for a statement in which the allegations were denied entirely.

“We did not, and never would show a picture of Trayvon Martin. My gosh, no,” Meyer said.

Meyer, who left Ohio State following the 2018 Rose Bowl, said he was unaware of what occurred during a freshman orientation and that the photo incident “never happened.” But after discussing the claims with former Buckeyes safety Tyvis Powell, Meyer learned the photo was indeed used.

“I didn’t know about it until one hour ago, until after talking to (Tyvis Powell),” Meyer said Tuesday afternoon. “I wasn’t there (in the meeting). None of the coaches were present. It was a support staffer who was in error and apologized.”

Powell, who played under Meyer from 2012-15, was also contacted and found the incident unfortunate.

“People think it’s racist to show that photo of Trayvon Martin, and I understand where they’re coming from,” Powell said. “To the Black culture, that is huge. There will be an uproar whenever that is brought up in a meeting or whatever context. Automatically it is offensive to people.”

Powell added: “They automatically assume coach Meyer was racist. From my own experience, I can say nothing racial or racist was ever going on during my time.”