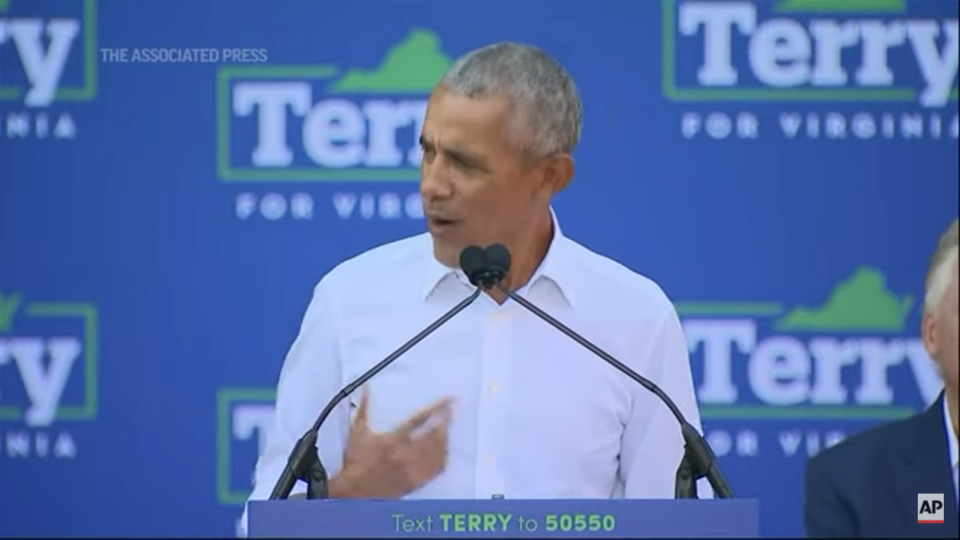 Former President Barack Obama called out the Republican Party on Thursday in a statement commemorating the first anniversary of the Jan. 6 Capital riot.

Obama didn’t call out any Republicans by name but argued the GOP is holding Americans back from defending democracy. The former president added top voices in the party are “actively undermining democracy at home,” which prevents the U.S. from setting an example on the world stage.

“Historically, Americans have been defenders of democracy and freedom around the world — especially when it’s under attack,” Obama wrote in a statement he posted on Twitter. “But we can’t serve that role when leading figures in one of our major political parties are actively undermining democracy at home. “We can’t set an example when our own leaders are willing to fabricate lies and cast doubt on the results of free and fair elections.”

One year ago, a violent attack on our Capitol made it clear just how fragile the American experiment in democracy really is. Here’s my statement on what the anniversary means, and what we need to do today. pic.twitter.com/9rjbjPLwLH

Obama posted the statement hours after President Joe Biden delivered a stunning rebuke of former President Donald Trump’s actions that day from the Capitol building, which was overrun with hundreds of angry Trump supporters a year ago, leading to the death of five people.

Obama added the Capitol riot “made it clear just how fragile the American experiment in democracy really is.”

“And while the broken windows have been repaired and many of the rioters have been brought to justice, the truth is that our democracy is at greater risk today than it was back then.”

“Although initially rejected by many Republicans, the claims that fanned the flames of violence on January 6th have since been embraced by a sizeable portion of voters and elected officials — many of whom know better,” Obama wrote.

The former president did acknowledge GOP members “who have courageously stood their ground and rejected such anti-democratic efforts,” noting that “they have been ostracized, primaried, and driven from the party.”

According to NPR, more than 725 people were arrested in connection with the Capitol riot. At least 165 have pleaded guilty, 20 of them to felonies and the rest to misdemeanors. Approximately 70 have been sentenced — around 30 received prison time, and the others received probation.