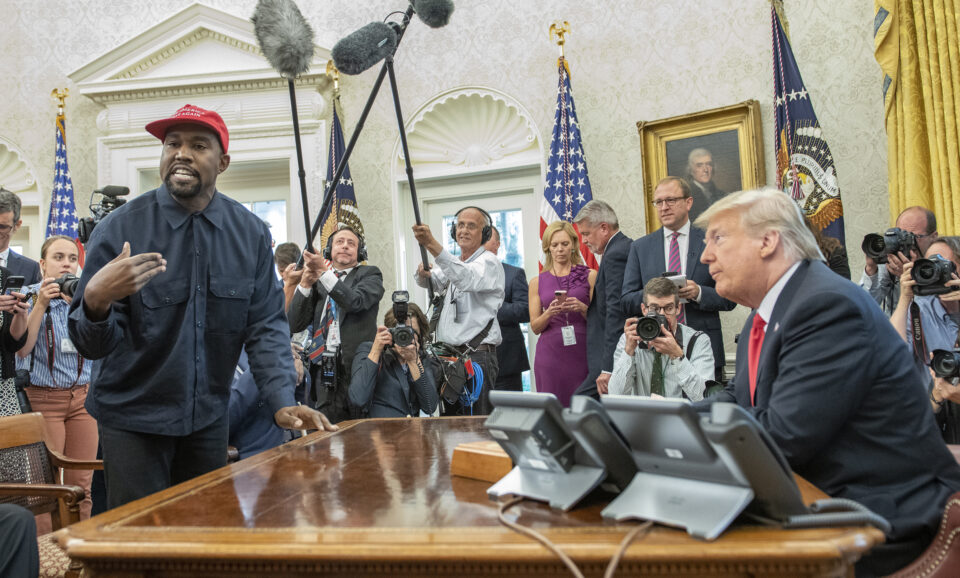 Fox News reported that the former president was also criticized for meeting with rapper and white supremacist, Nick Fuentes, at his Mar-a-Lago home.

“So I help a seriously troubled man, who just happens to be Black, Ye (Kanye West), who has been decimated in his business and virtually everything else, and who has always been good to me, by allowing his request for a meeting at Mar-a-Lago, alone, so that I can give him very much needed ‘advice’,” Trump wrote on his Truth Social account, according to Fox.

“He shows up with 3 people, two of which I didn’t know, the other a political person who I haven’t seen in years. I told him don’t run for office, a total waste of time, can’t win. Fake News went CRAZY!”

Several prominent Jewish leaders, including David Friedman, who served as the Trump administration’s U.S. ambassador to Israel, have criticized the former president for the meeting at his Palm Beach estate.

According to multiple reports, during the meeting West asked Trump to be his vice president, which Trump didn’t take well, according to the rapper.

“So, Trump is really impressed by Nick Fuentes,” West added. “And Nick Fuentes, unlike so many of the lawyers and so many people, that he was left with on his 2020 campaign, he’s actually a loyalist.”

Others who blasted Trump for the meeting included Arkansas Gov. Asa Hutchinson, who told USA Today the meeting was “not accidental.”

Hutchinson added that “it’s not a good idea for a leader that’s setting an example for the country or the party to meet with avowed racists or antisemites.”

“It’s very troubling and it shouldn’t happen,” Hutchinson said. “We need to avoid those kinds of empowering the extremes. When you meet with people you empower, and that’s what you have to avoid. You want to diminish their strength, not empower them. Stay away from them.”

West recently lost his billionaire status as numerous partnerships were terminated due to his controversial anti-semitic statements. Trump, meanwhile, announced his third run for president earlier this month. However, after many of the candidates he endorsed lost in the Midterm Elections, his announcement came with less excitement than his previous presidential runs.