Obama, Bush and Clinton to Take Coronavirus Vaccine and Film It 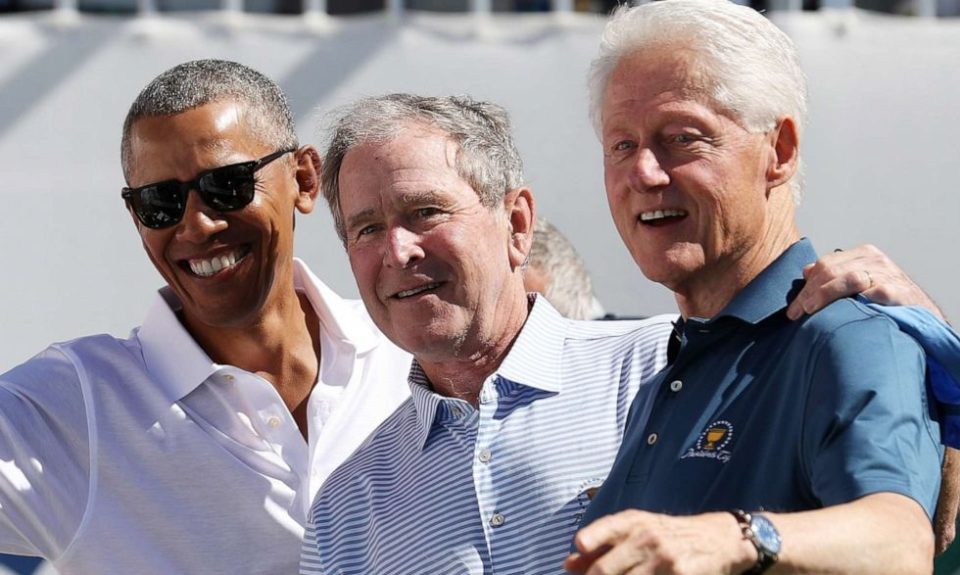 The three preceding presidents of the United States, prior to the Trump administration, are coming together to get an important message out to the world. They will receive the coronavirus vaccine despite reports that more than 50% of Americans polled state that they would not take the vaccine due to concerns related to the new inoculation.

According to CNBC, former Presidents Barack Obama, George W. Bush and Bill Clinton have stated they will not only take the new coronavirus vaccine once it is available, but they will be ready to film it in an attempt to build confidence in the United States about the safety of the vaccine.

Obama, who appeared on SiriusXM’s The Joe Madison Show said, “I will be taking it, and I may take it on TV or have it filmed so people know that I trust this science.” The former president went on to say, “What I don’t trust is getting Covid.” The SiriusXM interview is scheduled to air in full Dec. 3.

Obama also mentions the doubt among Black people due to the Tuskegee study back in the 1940s. Black men who were inflicted with syphilis were not given treatment for decades because government researchers wanted to study the long-term effects of the disease.

“I understand, historically, everything dating back all the way to the Tuskegee experiments and so forth, why the African American community would have some skepticism,” he said. “But the fact of the matter is, is that vaccines are why we don’t have polio anymore. And they’re the reason why we don’t have a whole bunch of kids dying from measles and smallpox and diseases that used to decimate entire populations and communities.”

According to NBC4NY, Freddy Ford, an aide for Bush told NBC News, “First, the vaccines need to be deemed safe and administered to the priority populations. Then, President Bush will get in line for his, and will gladly do so on camera.”

A spokesperson for Clinton provided a statement saying that he “will definitely take a vaccine as soon as available to him, based on the priorities determined by public health officials. And he will do it in a public setting if it will help urge all Americans to do the same.”