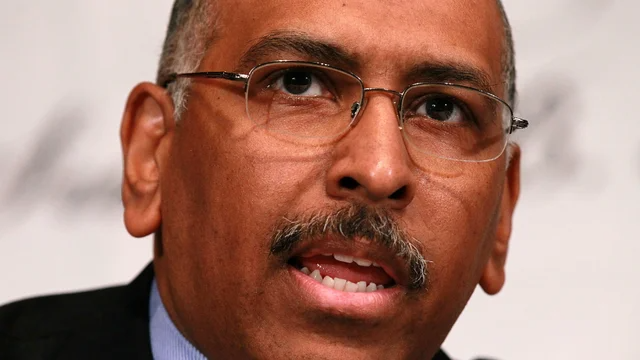 Steele starred in an ad made by the anti-Trump group, the Lincoln Project, where he discussed an assassination attempt on Abraham Lincoln and how it sent the country into chaos. Steele then said the country is in a similar position today with President Donald Trump.

“In the days ahead we may face a crisis of similar proportion, an outlaw president, clinging to power and defying the will of the people.”

In the ad, Steele urged voters to select Biden, who he described as a “good man” and “trailblazer,”  and Kamala Harris, adding they would ensure an “orderly transfer of power.”

Steele joins more than 16 former/current lawmakers and 73 former U.S. national security officials in Republican administrations, including former heads of the CIA and FBI and several Trump administration officials to endorse Biden and Harris.

In an op-ed he wrote for NBC News, Steele says President Trump “exacerbates division” and flirts for the favor of dictators and thugs.

“Rather than binding up the nation’s wounds, Trump exacerbates division, rather than standing up to the world’s dictators, Trump cravenly seeks the favor of thugs,” Steele wrote. “Rather than fostering free enterprise, Trump embraces economic principles not only outdated in Lincoln’s time, but made even worse today by a leader who lost close to a billion dollars in a single year running a casino.”