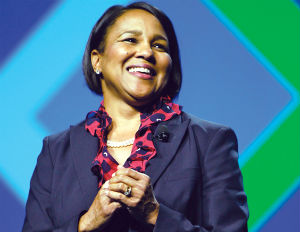 It’s been announced that Starbucks will be adding three new members to their board of directors, making them one of the most diverse boards in the nation.

One of the new board directors will be former CEO of Sam’s Club and one of Black Enterprise‘s 2015 50 Most Powerful Women in Corporate America, Rosalind Brewer. Brewer joins chief executive of Microsoft Corporation, Satya Nadella (Indian-America) and executive chairman of the Lego Brand Group Jorgen Vig Knudstorp (Danish) as new board additions.

“I’ve tried to create an environment within the board that would be culturally similar to that of the company,â€Â Howard Schultz, the company’s founder and chairman, said to the New York Times. “People with like-minded values, domain expertise, diverse and deeply committed to transparency with a comprehensive understanding of our aspirations to create a great enduring company balancing profit with conscience.â€

With the additions of Brewer, Nadella, and Knudstorp, Starbucks will now have a board of 14 people; with 29% being female and 36% as ethnic minorities.

Brewer earned a bachelor’s degree in chemistry from Spelman College. She also attended the Advanced Management Program at The Wharton School and the Director’s College at the University of Chicago School of Business/Stanford School of Law.

Along with Starbucks, Brewer sits on the board of Lockheed Martin Corporation, and she is chair of the board of trustees for Spelman College.