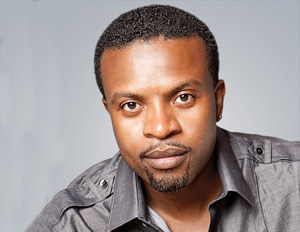 In hindsight, life often appears to unfold as a series of chapters, with each one building to a climax that forever changes someone. Richard Jeanty’s transformative moment arrived in the form of a pink slip when he was terminated from his position as a program director at a New York City nonprofit. “I was unjustly terminated because I stood up for the kids in my program. I had a hearing and won. At that point I decided I could help people in a different way,â€ he recalls.

Jeanty, who previously held education positions in the Bronx as well as Massachusetts, decided that his only alternative was to become an author. Taking that bold leap proved to be a step toward realizing a lifelong passion that he might otherwise have forsaken.

“I didn’t pursue writing from the beginning because I was on my own since I was 14.Â  So it was about supporting myself, so I took a job,” he says. “But I’ve been writing since I was 15 years old, so the transition was natural.â€

While writing was an innate talent, what proved to be more of a challenge was navigating the competitive publishing industry. With a substantial amount of savings to support himself financially and his ex-wife’s emotional support, Jeanty confidently submitted his manuscript to major publishers only to receive a series of rejection letters. While some would have taken it as a sign to return to a more secure career path, Jeanty forged ahead by taking an even greater risk: establishing his own publishing company, RJ Publications.

Still Jeanty found himself with no distribution when no one wanted to carry his gritty debut novel, Neglected Souls.Â  The novel was inspired by his painful childhood having endured sexual, physical and emotional abuse.Â  Those experiences would ultimately form the foundation of his resilience.

“I couldn’t catch a break as a kid. No matter where I went I always ended up abused.Â  So I wanted to prove to everybody else that I wasn’t wrong— they were—and that was my motivation to succeed.â€

With such determination he eventually found success with Neglected Souls and to date has published over two dozen books by other authors as well as 14 of his own. While Jeanty covers various subject matters, from crime to disadvantaged youth, some of his most popular titles are categorized as urban erotica. Jeanty finds the erotica books to be a cathartic method of working through the aftermath of his sexual abuse.

The result of exploring his own demons and giving a platform to other writers has helped his company generate annual revenues as high as $600,000, which is a substantial advancement from earning $30,000 to $50,000 in his previous career.Â  What is perhaps even more rewarding for Jeanty is that he has now come full circle to continuing his mission to give back, having founded The Richard Jeanty Scholarship for underprivileged students at his alma mater, the University of Massachusetts.

“I now get to create my own destiny and rely on my will and determination to survive and provide opportunities for others.â€