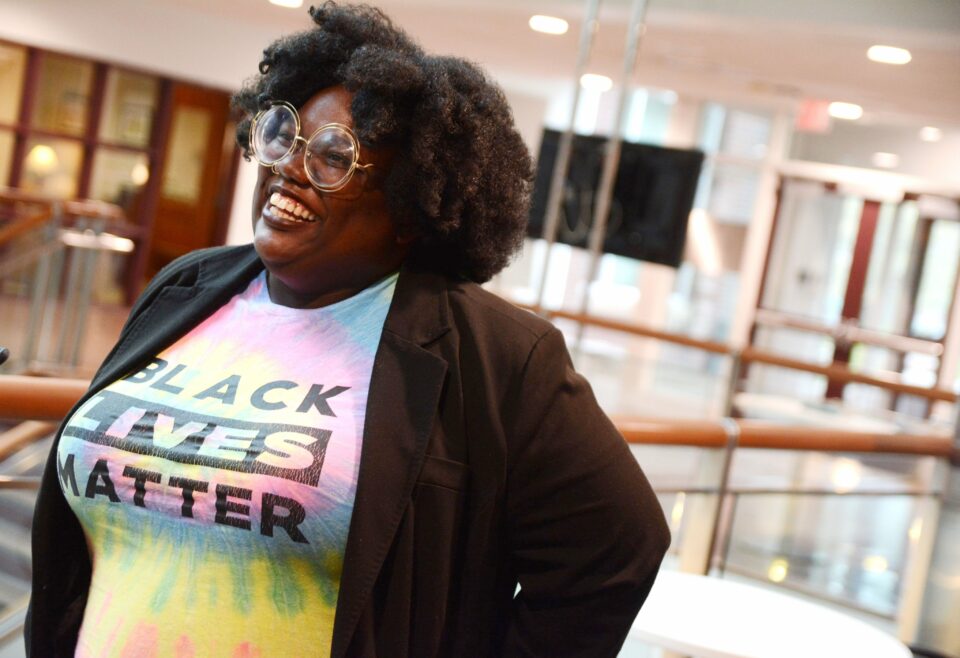 Boston native JerDrema Flynt is attempting to alleviate the stress, and hassle people from the Black or Brown community may go through when it comes to their hair journey with her platform, Growing Hands.

During an interview with Bostinno, Flynt, who previously taught at Beacon Academy and Guangzhou Huamei International School before switching gears to becoming a tech founder, opened up about how the idea of Growing Hands came about.

While attending Babson Graduate School in 2020, Flynt took a blockchain course and wanted to build a company that helped more Black people learn more about blockchain.

However, her ideas shifted.

“I was like, Hair. Our hair is always talked about. It’s something that’s been talked about my entire life,” Flynt said.

“The problem is that we don’t have a streamlined process,” Flynt said.

Flynt revealed the extreme lengths many go through to get their hair done the way they desire. It included going on various platforms such as Pinterest, Styleseat, and Google that only give one service, from making hair boards to setting up appointments.

And soon, her idea was born.

As far as profit goes, Flynt plans to use ads and sponsorships and possibly make a subscription model filled with exclusive content to generate revenue.

Flynt and her team hope to later release the Growing Hands prototype.