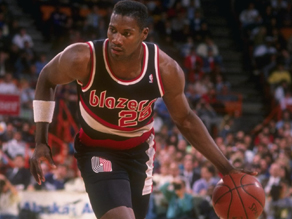 According to reports, Jerome Kersey, a former NBA veteran of 17 years died Wednesday, Feb. 18, at age 52. He helped theÂ Portland Trail Blazers reach two NBA Finals and won a title with theÂ San Antonio Spurs in 1999. His cause of death is unknown but he was recently at a Black History Month celebration with fellow Trail Blazers’ members.

“Today we lost an incredible person and one of the most beloved players to ever wear a Trail Blazers uniform,â€ said team owner Paul Allen. “My thoughts and condolences are with theÂ KerseyÂ family. He will be missed by all of us. It’s a terrible loss.â€

“We’re shocked to lose such a great member of our Trail Blazers family,â€ said Trail Blazers President and CEO Chris McGowan in a statement. “The news is so sudden, and we’re sure more details will be forthcoming. But it is indeed a sad day for our organization, the city of Portland and the NBA. Jerome will be remembered not only for his incredible contributions on the court, but his tremendous impact in our community.â€

During Kersey’s tenure in the NBA, he played with several teams to include the Portland Trail Blazers, the Golden State Warriors, and theÂ Los Angeles Lakers.Â Kersey had his best season in 1987-88, averaging 19.2 points and 8.3 rebounds. Kersey played in 1,153 regular-season games, also averaging 1.9 assists and 1.2 steals, reports AP.

Kersey retired from basketball in 2001 and went on to become an assistant coach with Milwaukee in 2004 and 2005. In addition to serving as a team ambassador, he appeared on Blazers’ broadcasts for Comcast SportsNet Northwest.