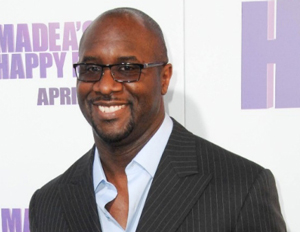 With three hit shows on the air and 11 blockbuster films released over the past six years, Roger Bobb is one of the most successful producers working in the film and television industry today. A former EVP at Tyler Perry Studios, Bobb is now at the helm of his own company, Bobbcat Films, responsible for The Rickey Smiley Show on TV One and the recent made-for-TV film,Â Raising Izzie. BlackEnterprise.com recently spoke to the industry wunderkind on the fast-paced industry and how black filmmakers and producers can create their own niche in the market.

Black Enterprise: What is your day-to-day like as a film and television producer?

Roger Bobb: I create, write, budget and schedule films and television shows. I also read and develop scripts with writers, meet with film & television studio executives to get distribution & financing, hire talent including writers, directors and actors. Basically, I am responsible for the day-to-day management of the filming process from concept to completion.

What lead you to a career in television behind the scenes?

I’ve always had a love for film and television ever since I was a young child living in Brooklyn, N.Y. My brother [who is an entertainment attorney] and I would walk around our house quoting lines from famous films.

After college, I worked as a paralegal and my company moved me to Los Angeles. While I was there, I saw a film being shot in front of my apartment and watched the entire process for five hours. I instantly knew it was what I wanted to do, so I took film classes at The School of Visual Arts and worked my way up.

What kind of challenges have you faced in reaching your professional goals?

It’s always difficult to obtain financing for projects. This is show business and filmmaking is an expensive process that takes a lot of experience, confidence and begging to convince a company to give you millions of dollars to create a product.

What have been some of your career high points?

Being able to give people (writers, actors & directors) the opportunity to achieve their dream is very fulfilling, as well as being able to employ hundreds of technicians, especially in a down economy, all while creating images that hopefully resonate with audiences in a meaningful way.

What kind of advice would you give to emerging filmmakers?

The 2 P’s, passion and planning, are key. You have to have a passion for this industry to succeed in it. It’s very unpredictable, the hours are long and the personalities are “interesting.” People often ask me how you know if you truly have a passion for something. I often tell them that there will be times when you just want to quit, but something inside of you won’t let you do it, that’s passion.

Planning: If you fail to plan then you plan to fail. Always have a plan A, B, C & D. The thing about this industry is that there are so many different paths to success; there is not just one way to achieve your goal. Research how people who have succeeded in your particular industry and incorporate that it into your journey. I’m living proof that passion, planning and hard work can result in success.