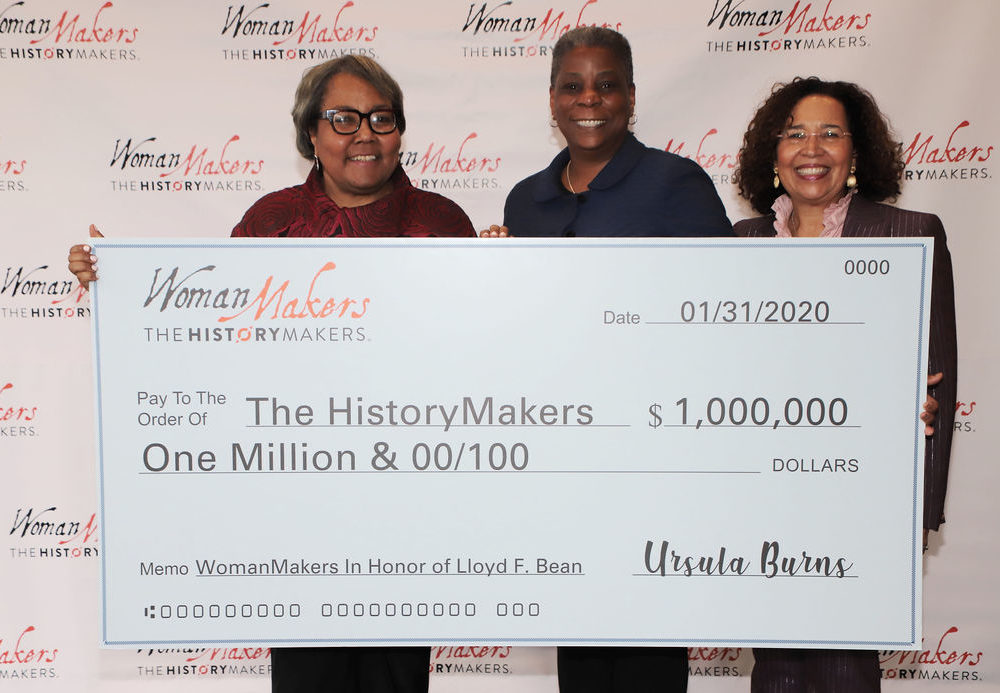 In honor of the preservation and legacy of black excellence, Ursula Burns, the first black woman to serve as CEO of a Fortune 500 company, donated $1 million to The HistoryMakers, a video oral history archive that collects the stories of extraordinary African Americans.

Housed in the Library of Congress, The HistoryMakers is the largest collection of African American stories told on video in the nation. According to a press release sent to BLACK ENTERPRISE, Burns’ generous gift will allow the project to significantly expand. It will specifically be allocated toward the production of 180 interviews of leading African American women in a variety of disciplines—including the arts, business, civic engagement, education, entertainment, law, medicine, STEM, the military, and religion—who will be added to The HistoryMakers collection. As of now, there are 800 more men featured in the collection than women.

“The HistoryMakers has been at the forefront of recording the history of African Americans for many years. We must continue to support their efforts and help provide the resources to ensure that the legacy of black women is preserved and presented with truth, honor, and integrity,” said Burns, who retired as the CEO of Xerox in 2017. She currently serves as CEO of VEON, a multinational telecommunication services company based in Amsterdam. Burns added that the gift was made in honor of her late husband, Lloyd F. Bean, a retired Xerox scientist and inventor.

“African American history and culture is at a critical crossroads. We are at risk of losing 20th-century documentation within 10 to 15 years. Burns’ million-dollar gift has made it possible for us to move forward with the selection process to secure many significant interviews with black women,” said The HistoryMakers founder and president Julieanna L. Richardson.

The luncheon celebrated the launch of The WomanMakers Initiative and Advisory Board, which Burns chairs along with its Honorary Chair Johnnetta Betsch Cole, the president of the National Council of Negro Women. The committee, which is still in formation, will also include lawyer and professor Anita Hill; former president of the Academy of Motion Pictures Arts and Sciences Cheryl Boone Isaacs; and Grammy Award-winning singer Dionne Warwick. BLACK ENTERPRISE’s very own Caroline Clarke, the chief brand officer of the Women of Power Summit, will also serve as a member of the Advisory Board.

“Often, African American women and their lives, careers, and stories have not been well documented in society,” said Richardson at the event. “In recent years, this problem has been highlighted with the popularity of historical works like Hidden Figures and The Immortal Life of Henrietta Lacks. Both have unearthed little-known contributions of African American women in the areas of science, technology, engineering, and mathematics. But they, and increasingly more stories like them, prompt people to wonder: What other African American female accomplishments are missing from the historical lexicon?”