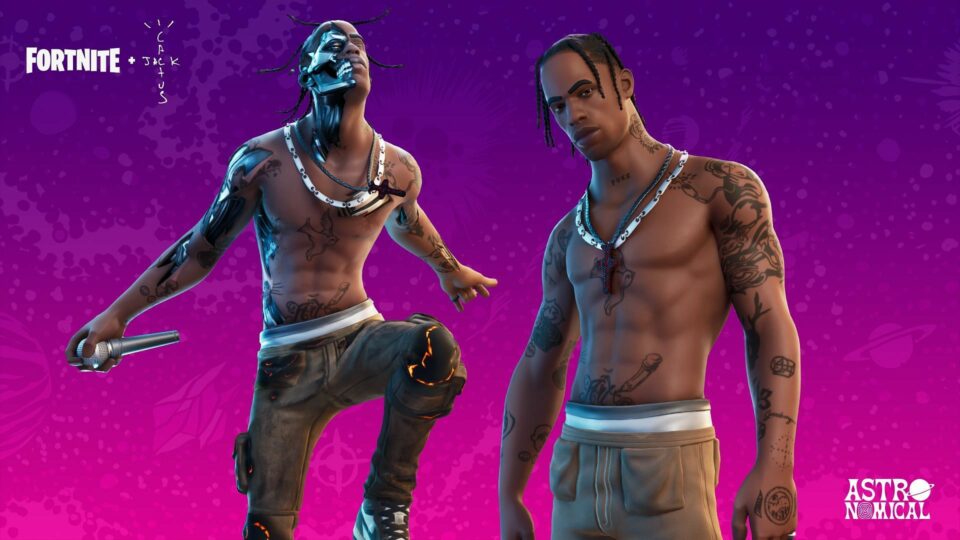 After partnering for one of the first and most successful virtual concerts of 2020, Epic Games has taken a step to separate its popular game, Fortnite, from its association with Travis Scott.

On Monday, the game removed the “Out West” emote, which would allow characters to execute dance moves and other actions backed by Scott’s 2019 single of the same name. According to Eurogamer, the company went so far as to delete the entire section from its Item shop where the Scott’s emote could be purchased.

Per the company’s Twitter account, the “Daily” section of the shop will make its return with the next software refresh.

Scott made headlines with Fortnite in April 2020, when the artist performed a 9-minute concert exclusively within the battle royal game. The performance aired once live, then replayed several times, and seen by nearly 28 million viewers.

The Houston-born rapper/producer ultimately took home $20 million for the performance. In the wake of the event, Epic sold several Scott-themed skins and emotes. “Out West” is the only bit of content that has been removed as of now.

Following the tragic crowd swell that left eight people aged 14–27 dead and several injured, promoter AEG announced it was removing Scott as the headliner for the Day N Vegas Festival set for Nov. 12–14.

“Travis Scott will no longer be performing at Day N Vegas,” the company said in a statement posted by Variety.

“The security and safety of all attending Day N Vegas has been and is always top priority in our festival planning. We continue to work hand in hand with law enforcement, medical personnel and public safety agencies on our protocols for the weekend. Please take care of yourselves and each other. Look forward to seeing you in a few days.”

As of now, the rapper’s next general admission performance would be at Coachella in April 2022. However, thousands of people have signed a petition demanding his removal from Coachella.