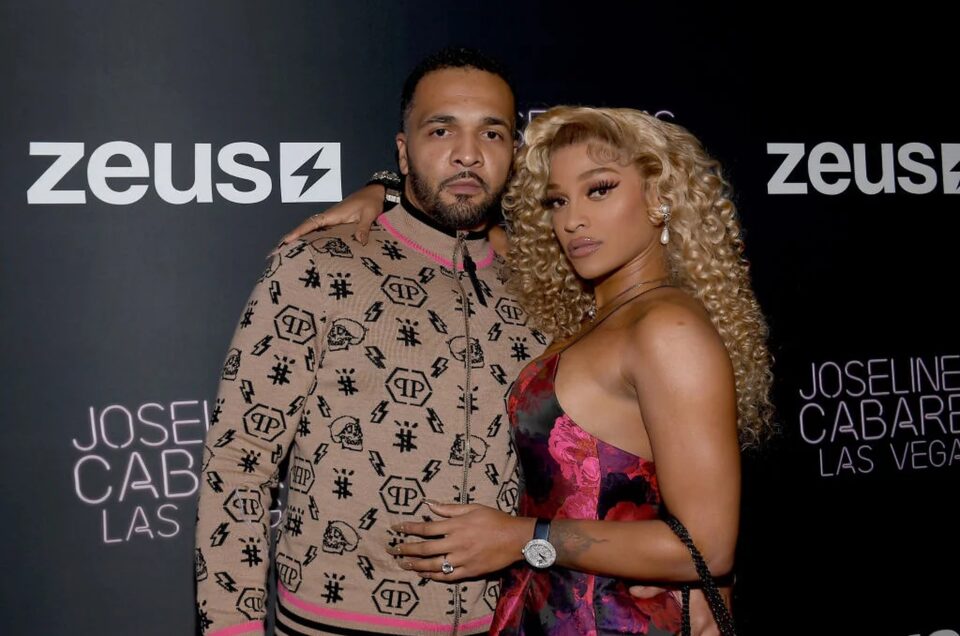 Several dancers that appeared on Joseline’s Cabaret are suing the reality TV personality, her boyfriend Ballistic Beats, and the Zeus Network in a massive $25 million lawsuit that allege assault and battery.

As previously reported, cast member Amber Ali revealed that Joseline Hernandez and Ballistic brutally jumped the women backstage during the season two reunion special. Additionally she submits that security held the dancers back from fighting back so that the couple could “get their licks in.”

After reigning terror for three straight seasons of the show, Hernandez is finally facing legal action for her antics.

The dancers claim they walked onto set in high heels for the reunion taping, but Hernandez, equipped with hard-bottom boots, ambushed and bum rushed them. One dancer alleges that Hernandez fiercely kicked her in the ribs, another claims she was grabbed by the neck and thrown to the ground by Hernandez, and a third woman claims she was dragged by her scalp and kicked in the back.

Another cast member, Gaia Love, reportedly witnessed the brawl. She claimed that Ballistic jumped in the fight after Ali appeared to be beating Hernandez.

Afterwards, Hernandez took to Twitter to further instigate the battered women and completely incriminate herself by bragging about the exact moves she served in the attack.

“I mortal kombat one h–, pimp slapped another one. Pushed one into last night’s episode. Kicked down a few on the ground. I slapped fire out of everyone on that stage. Me n my crew wait for it #joselinescabaretlasvegas,” she tweeted. 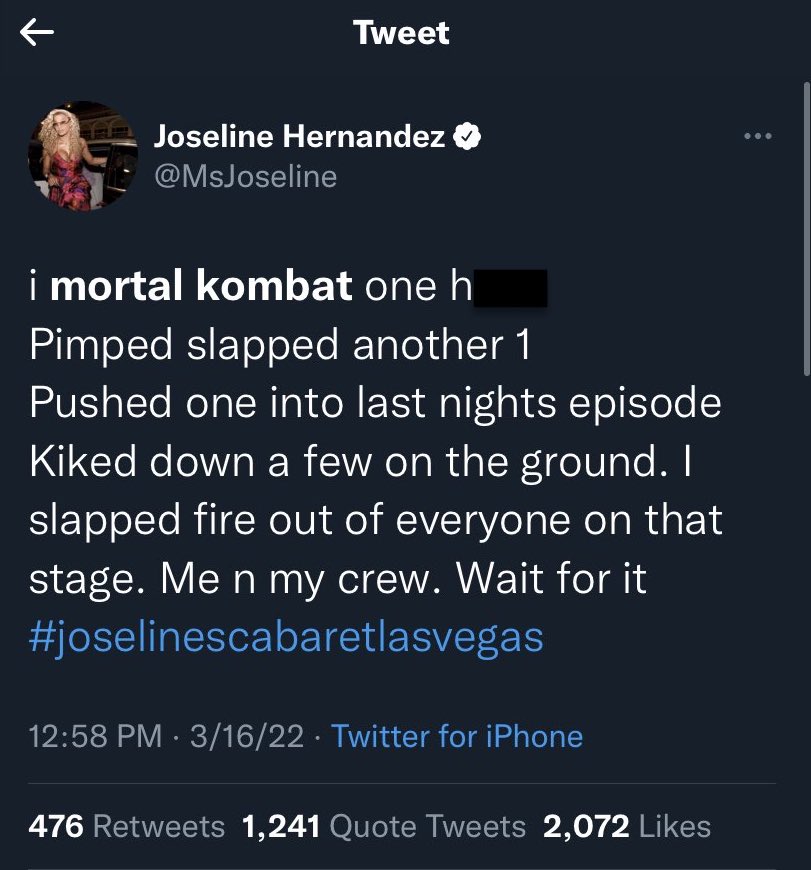 During the assault, the dancers say Hernandez repeatedly yelled, “Gucci gang,” speculated to be a signal for the planned beatdown.

Hernandez also posted an image of the boots that were worn during the violent attack in a tweet that read: “#joselinescabaretlasvegasreunion is Gucci gang,” with a slew of laughing emojis.

Since the security team were believed to be in on the attack, Zeus Network is also on the hook in the lawsuit.

The dancers are being represented by Joseph Adeife and Kathy Rabii of Adeife & Rabii. Hernandez’s team has yet to respond publicly to the suit.