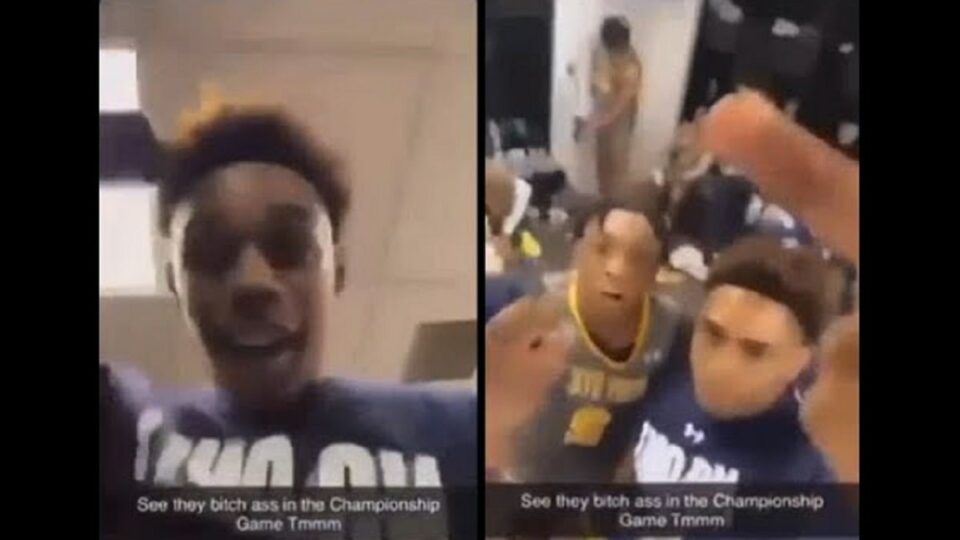 In the video posted on Snapchat and reposted on Twitter, the Kent State players are in the locker room celebrating their win over Ohio. However, Johnson spews out foul language while expressing his dislike for the Akron team.

“F*** Akron,” Johnson says while flipping the bird at the camera. His teammates joined him to rap lyrics that referenced consuming illegal substances.

“See they bitch a** in the Championship Game tmmm,” Johson wrote over the video.

4 players get suspended for this? Can’t figure out whether to hammer Kent State or fade them now for this pic.twitter.com/0QRYDRXv9s

Once the MAC caught wind of the profanity-laced video, the players received their suspensions.

“I’m disappointed this occurred,” MAC commissioner Dr. Jon Steinbrecher said. “This does not represent the values of Kent State or the Mid-American Conference.”

“However, I commend the leadership of Kent State for being proactive in addressing this matter and collaborating with my office to bring this situation to resolution.”

The school also released a statement.

“The behavior in the video does not reflect the core values of Kent State, nor does it live up to the standards we expect of our student-athletes,” the school said in a statement. Kent State and Akron have a college rivalry dating back years, ESPN reported.

Johnson scored a team-high 19 points with 10 rebounds in the team’s win over Ohio Friday night. Fans expected Jacobs’ absence to most impact the team as he’s its leading rebounder, as noted by Draft Kings.

They were probably right. Kent State’s ‘season ended yesterday with a loss in the NCAA Tournament against Southern Utah.