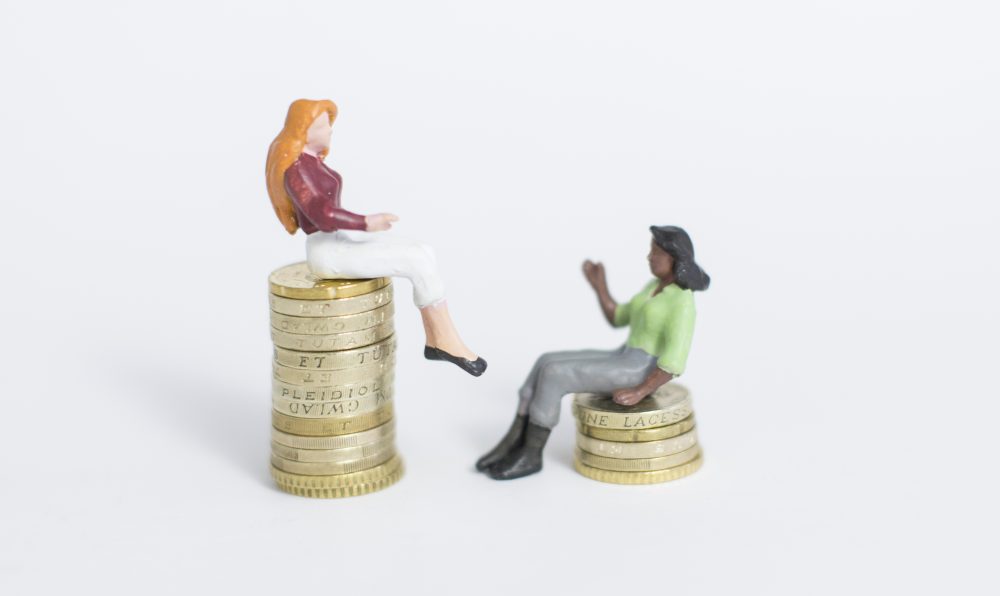 It’s been over 150 years since slavery was abolished and we are still battling disparities in wealth that continue to impact communities of color.

Why are African Americans still at the bottom of the wealth scale? What needs to happen to change the narrative in communities that suffer from limited access to resources? How can we pool together to create more opportunities for the next generation?

If you really want to understand the origins of the wealth gap and transform the state of black America, start looking at these four disadvantages that have prevented the growth of many communities.

Many of the financial literacy messages that have been promoted in the African American communities are outdated and irrelevant to the wealth building process.

According to findings from Prudential’s 2015-16 “The African American Research Experience” study, most African Africans are comfortable with financial topics focused on managing household expenses and budgets, managing money, managing debt, and life protection. However, less than a third of African Americans are confident when it comes to investing and planning for wealth transfer.

While African Americans are trying to learn ancient money techniques that may not have ever been taught to them by past generations, other racial groups have access to new information that allows them to take advantage of more wealth-building opportunities as they arise.

One reason for the tumultuous net worth figures is education debt. While many reports applaud black women on becoming the most educated group of individuals in the United States, the desire for more degrees have caused student loan debt numbers to skyrocket. Education loan debt is the largest source of non-mortgage debt owned by families in the 2016 Survey of Consumer Finances, and African Americans have outshined all others with $31K in debt.

Unfortunately, many African Americans have no idea that they are swimming in negative net worth numbers because many are blinded by their high levels of income. Contrary to popular belief, high income does not equate to high net worth. If the value of your liabilities (what you owe) exceed your assets (what you own), you have a negative net worth.

African Americans don’t typically go where the money grows due to lack of representation, structural discrimination, and limited access. An analysis performed by the Associated Press has found that “black workers are chronically underrepresented compared with whites in high salary jobs in technology, business, life sciences, and architecture and engineering, among other areas.” Silicon Valley tech companies are known to be comprised of mostly white and Asian men, making it difficult for people of color to walk through the doors and gain access to a competitive salary due to implicit bias.

Not only are black workers underrepresented in the most lucrative career fields, they are also overrepresented in low-paying industries and receive the lowest paying positions within those industries. This results in an economic disparity that perpetuates a cycle of living paycheck to paycheck instead of saving and investing. According to “The Retail Race Divide” report, black workers account for 11% of the retail labor force, representing the second largest source of employment for African Americans.

How do we prepare future generations for higher-paying career opportunities? Organizations like Management Leadership for Tomorrow are raising the bar through their career and MBA prep programs.

According to African Americans: Demographic and Consumer Spending Trends, 10th Edition, black buying power climbed to $1.2 trillion in 2016. That number is expected to hit $1.5 trillion by 2021, accounting for more than the market capitalization of one of the most profitable Fortune 500 companies to ever exist: Apple.

In order to build wealth, the African American spending power has to be transformed into investment power. Wherever the black dollar goes, money flows. Our money has to be reallocated to providing capital, creating institutions, and buying black to support our growth.