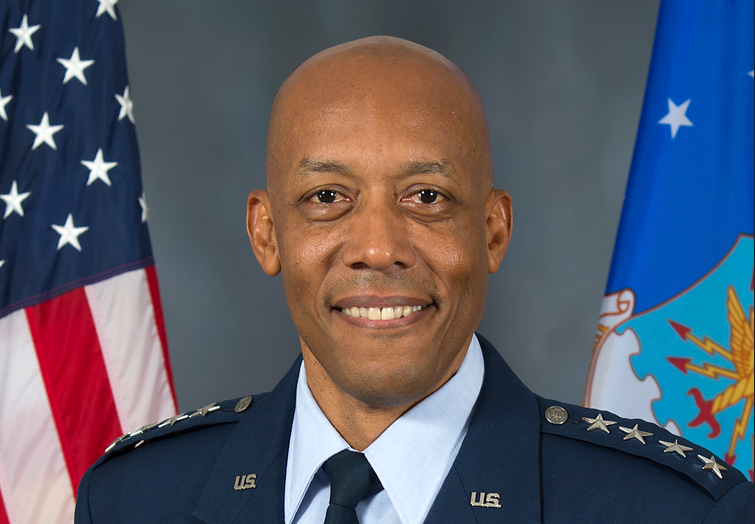 The United States military made history today when the Trump administration nominated Gen. Charles Q. Brown Jr. to become the chief of staff for the United States Air Force. If he is appointed and confirmed by the Senate, he would be the first African American to take on the role and become the highest-ranking officer in the branch.

Gen. Brown, widely known as C.Q, would be succeeding Gen. David L. Goldfein, who is expected to retire this year. Brown would be the first African American to lead any military branch since Army General, Colin Powell, who served as the first African American Pentagon leader. “I am truly honored and humbled by the nomination to serve as the Air Force’s 22nd Chief of Staff,” he said in a statement. “If confirmed, Sharene and I look forward to building upon the legacy of Gen. Dave and Dawn Goldfein and the many airpower giants before who have served our Air Force and our nation with such dedication.”

His duties would include overseeing all units in the branch, supporting a new Space Force program, in addition to sitting alongside the Joint Chief of Staff in the Department of Defense, the Homeland Security Council, National Security Council, and the president on all military affairs. He is currently serving as the commander of the U.S Pacific Air Forces and is a decorated fighter pilot with multiple combat tours in the Middle East, Asia, and Europe.

“The United States Air Force will be well served by the formidable talents of C.Q. Brown,” said Barbara Barrett, the Air Force secretary in a statement. “He has unmatched strategic vision and operational expertise. His leadership will be instrumental as the service continues to focus on the capabilities and talent we need to implement the National Defense Strategy.”