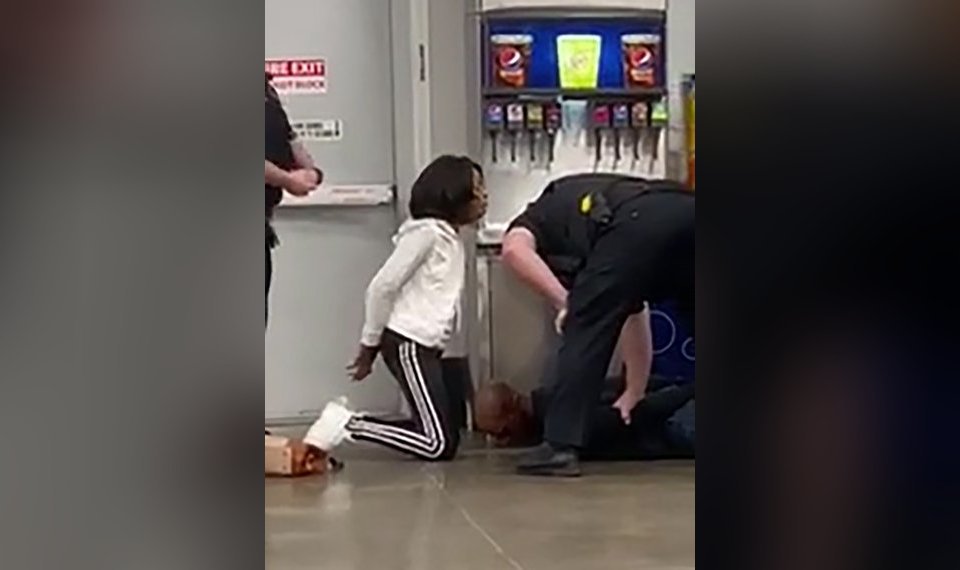 A lawsuit filed earlier this week accuses four white St. Louis police officers of police brutality on a 68-year-old black woman and her adult son, who claim the officers wrongly accused the pair of stealing a television, according to the Associated Press.

The incident took place on March 23 at a Sam’s Club store located in Des Peres, MO. Forty-three-year-old Derek Gray had purchased a 65-inch Sony Bravia flat-screen TV for his mother, Marvia Gray, along with some other items. When they got to his vehicle, all the items wouldn’t fit. The younger Gray went back inside the store and asked to hold the TV so he could pick it up later.

The lawsuit stated that someone at the store felt Gray was attempting to steal the TV upon his return; another employee interceded and confirmed that Gray had already purchased the TV and had come back to pick it up. Yet, Des Peres Police Officer Michael Clayborne followed Gray back to his vehicle and accused him of theft before being told by an employee that Gray had bought the TV.

While attempting to get a refund, the lawsuit alleges that four Des Peres police officers “without cause or adequate provocation and in the presence of countless witnesses, violently and physically seized Marvia Gray and Derek Gray, throwing them to the floor, beating them, handcuffing them, then arresting them.”

Marvia Gray of Creve Coeur, Mo. and Derek suffered serious and permanent injuries. Derek suffered a concussion, three shattered teeth, and other injuries when they were arrested, according to the lawsuit.

Andrew M. Stroth of the Chicago-based Action Injury Law Group, who is representing the victims, said, “Mrs. Gray thought her son was about to be another black man unjustifiably shot and killed by the police. You can see in the video that she is terrified with respect to what they’re doing to her son.”

According to KMOX, the Deres Police Department has issued a statement:

“The city was made aware today by the local media of litigation filed against the city and four (4) of its public safety officers alleging excessive force in an incident which occurred March 23, 2020, at SAM’s Wholesale in Des Peres. The city will confirm an incident occurred on March 23rd and that Derek Gray along with the arresting officer were injured in the incident and both treated at a local medical facility for injuries. Both were subsequently released after treatment. Charges remain under review by Prosecuting Attorney Wesley Bell who has been provided a copy of the store video and all incident reports by Des Peres police. The city will have no further comment at this time.

“The city has not received a copy of the lawsuit and is not in a position to respond at this time to any of the specific allegations in the claim. Des Peres Director of Public Safety Eric Hall has reviewed all reports and a video of the incident and unequivocally denies that officers used excessive force to “beat” the plaintiffs as alleged in the press release from the NAACP.”

The Des Peres Police Department also released a statement via its Facebook page on the day of the incident.

Watch a video clip of their arrest below.