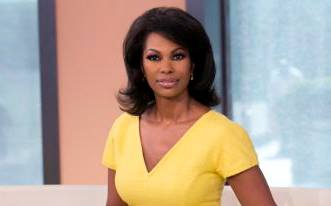 According to reports, Fox News anchor Harris FaulknerÂ is suing Hasbro for more than $5 million over a toy that shares her name and, the suit says, even her resemblance.

Faulkner sued the toy maker this week over a plastic Harris Faulkner hamster, sold as part of the Littlest Pet Shop line. She says the toy is an insult that wrongfully appropriates her name and persona, and harms her professional credibility.

“Hasbro’s portrayal of Faulkner as a rodent is demeaning and insulting,â€ notes the lawsuit, which was filed Monday in U.S. District Court in New Jersey.

The lawsuit also indicates that the toy bears a physical resemblance to Faulkner’s traditional professional appearance, including its complexion, eye shape and eye makeup.

The toy, introduced in 2014, is sold in a package as the pet hamster of a terrier named Benson Detwyler. Other toys in the popular line include animal characters named Pancakes Watkins, Puffball Petrovsky, and Pepper Clark.

Yahoo News reports that Julie Duffy, a Hasbro spokeswoman, said the company doesn’t comment on litigation, however she did comment on the lawsuit’s indication that the doll is a “known choking hazard that risks harming small children.”