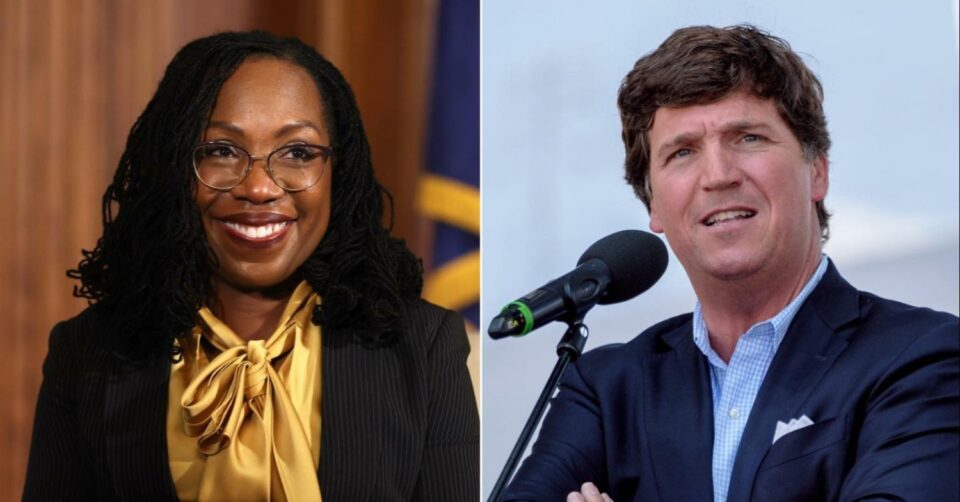 Since Jackson was nominated to become the first Black female Supreme Court Justice, Carlson’s racist colors have come out. In the week following the announcement, Carlson has said Jackson was “not much of a jurist,” was “simply ignorant of the law,” and even requested the federal district judge’s LSAT scores.

Carlson also called her nomination an effort by President Biden to “humiliate and degrade” our nation, turning it into Rwanda.

Jackson’s qualifications for the nation’s highest court stand out on their own. In addition to the fact that Jackson clerked for the Supreme Court Justice she was nominated to succeed, she sports an undergrad and a law school degree from Harvard University.

In her professional career, she previously served as an assistant federal public defender in Washington, D.C., where she worked on appellate cases and served as vice-chair of the U.S. Sentencing Commission. During her time as a federal public defender, she represented Guantanamo Bay detainees. Jackson became a district court judge in D.C. near the end of Barack Obama‘s first term as president and was promoted by President Biden to the U.S. Court of Appeals last year.

The list of Jackson’s accomplishments goes on and on, but Jennifer Rubin, a conservative Washington Post columnist clearly explained Carlson’s motivations when she tweeted his comments are “the perfect distillation of white supremacy.”

Carlson was blasted for his racist comments across social media by political pundits, DNC Chair Jaime Harrison, healthcare advocates, Howard University professor Nikole Hanna Jones, and many others. In addition to Carlson’s overt racism in his comments, many pointed out the fact that of the 114 justices appointed to the Supreme Court in U.S. history, just 49 have law degrees.

Questioning a Black person’s credentials is a well-known tactic in the Republican playbook. Former President Donald Trump did the same, constantly questioning Obama’s birth certificate and claiming that he wasn’t born in America.

In 2016, the one-term president admitted that Obama was in fact born in the U.S.