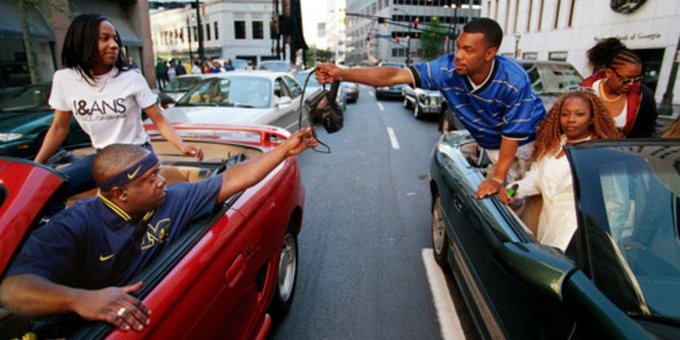 Get ready for it. FreakNik is returning. This summer. The legendary Black Spring Break event in Atlanta, Georgia, will return as a three-day festival called Freak World. It will feature more than 40 artists performing during the weekend.

Freak World will run June 19-21 at the Cascade Driving Range in southwest Atlanta.

Carlos Neal, of Atlanta-based promotion company After 9, decided last year to bring back the infamous Atlanta event “with a daylong concert at Cellairis Amphitheatre at Lakewood. A lineup featuring Project Pat, Uncle Luke, Da Brat, Foxy Brown, and many more nearly sold out the venue and attracted an adult audience old enough to remember the rambunctious Freakniks of the past, but young enough to still party responsibly,” WSBTV reported.

“For everyone who said, ‘This isn’t the Freaknik of the ‘90s,’ I’m like, look, we’re older now and most people got that and still had fun,” Neal told The Atlanta Journal-Constitution. This year’s event will be for 18 years and older.

The 2020 festival has been expanded to three days.

Nealis also working with Atlanta festival promoter Eric Barnes and they also plan to feature more than 100 vendors and schedule about 40-50 acts. Nealis expects the three-day event to attract more than 10,000 fans per day.

Freaknik originally started in 1983 as a small gathering but by the ’90s, hundreds of thousands of people flocked to the event. It was during this time then-Mayor Bill Campbell’s staff decided to stop Freaknik, as the community thought it had gotten out of control. Freaknik was initially conceived at Spelman College by club president Skyla Goodson. And at first, attracted HBCU students on spring break, eventually, people from all over the country began attending.

There’s even a podcast reminiscing about the early days of Freaknik called “Freaknik: A Discourse on a Paradise.”

Some don’t seem happy to see Freaknik return in any form. While some people tweeted about the chaos and potential crime the event could bring to the area, others tweeted that the culture has changed too much to revisit the event. As one person tweeted: “As much as I love the effort… The social environment that made freaknik legendary doesn’t exist anymore tbh.”

As much as I love the effort… The social environment that made freaknik legendary doesn’t exist anymore tbh. https://t.co/TKWLRqxbuF