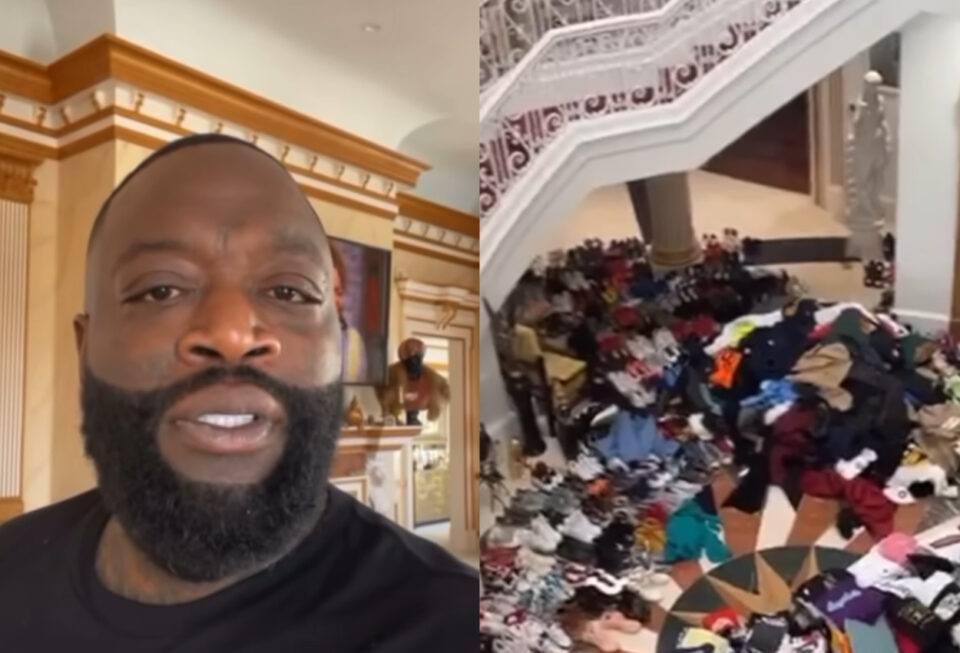 Hip-hop artist Rick Ross denies claims that he is a hoarder after his friends commented on his shoe-filled mansion in a video shared on his Instagram Stories.

Mounds of clothes and shoes are seen in the funny video as the recording artist tries to organize his closets inside his 235-acre estate in Fayetteville, Georgia. Ross asks his friends in the background if he is hoarding, and after they say he is, he disagrees with them.

The 46-year-old rapper denied the hoarding claims and said he was organizing the abundance of items in his wardrobe. He also joked that A&E, the network that airs the reality television show Hoarders, should formally inspect the premises to determine whether or not he was a hoarder. “Listen, man, what y’all do with all y’all clothes, all y’all shoes? I’m trying to organize some of this s—,” said Ross.

“I’m talking about all the closets full, that s— all over. It’s like I’m fighting through shoes.”

“These things are all of value,” he said. “I just have to make more space.” Ross continued, “How many watches is hoarding of watches, of timepieces?”

His friends began to google the definition of hoarding as Ross continued to defend himself. Ross also defended his large amount of things by saying that because he could walk up his staircase unobstructed, he was not a hoarder and was just a “hustler.”