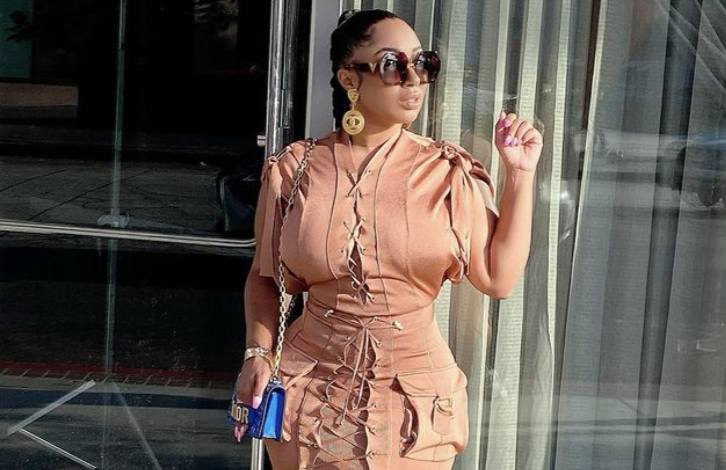 The former reality star was taken into federal custody on Thursday. She pleaded not guilty in the United States District Court Eastern District of Missouri.

The alleged fraud happened over a span of two years. Court docs revealed the various types of fraud Brittish allegedly committed, including, utilizing fraudulent social security numbers to apply for lines of credit and secure loans in 2017. In 2018 and 2019, she deposited four checks ranging from $4,500 – $5,800 into accounts that she accessed and withdrew the money before the checks returned and before the financial institution became aware of the bogus checks.

The couture-designer-wearing hustler is also accused of making up additional dependents on her taxes for 2017-2019– including using fake names and social security numbers.

Her attorney Jason Korner said the charges are unfounded, and she is being “targeted because of her celebrity, and I expect that to be clear once the evidence is produced.”

Last year, the former reality star was in the news after her former bae and baby daddy Lorenzo Gordon. He plays basketball in the Israeli league. Gordon accused Brittish’s new bae of threatening his life in front of their daughter. She also called Gordon a deadbeat father, saying, “You’re not having your damn child, you don’t care about her, you don’t send money, you don’t,” she said. “Nobody owes you anything. I don’t owe you money for something you bought me. Are you stupid? Whoever asks for some f**kin s**t in return?”

She and Gordon appeared on the third season of Basketball Wives LA in 2014. Her Instagram bio says she has a ton of jobs, including, “CEO @shopgossipgirlxoxo @thehouseofhairco | Lux Trucking Logistic|Reality.”

Although Brittish is facing a grocery list of charges, the faux baller isn’t letting those pesky fraud allegations stop her grind. On her IG, she listed a course to learn how to work in logistics for $750. Interested parties can cash app or Zelle her.