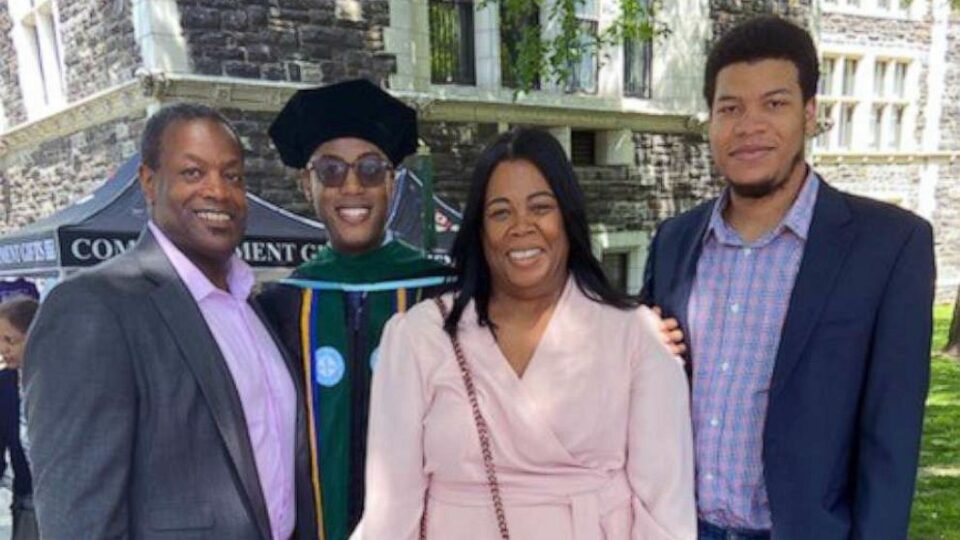 For Marcus Mosley, an incoming pediatrics resident, his passion for medicine is a poignant reminder of what he went through as a baby.

The 27-year-old former NICU patient has overcome the odds of vision impairment and developmental delays after he was born prematurely at 26 weeks, Good Morning America reported. Now, he’s celebrating his graduation from CUNY School of Medicine at City College of New York.

His mother, Pauline Mosley, recalled the day he was born as “frightening”—the doctors told her Marcus had a 10 percent chance of being normal. He had to spend 40 days in the NICU.

“They kept saying 90%, he might not be able to see,” Mosley said of her eldest son. “Eighty to 90%, he would have developmental delays. They didn’t know.”

It wasn’t until he was 13 that the course of Mosley’s life would change. A visit to the NICU at Westchester Medical Center in Valhalla, New York, where he was born, led him to meet Dr. Edmund LaGamma, the chief of neonatology at Maria Fareri Children’s Hospital at WMC.

Mosley, greatly impacted by his own experiences, asked Dr. LaGamma about a summer shadowing program.

“The more we spoke, the more I realized that although he was a patient … that was a particularly important era when a lot of advances had been made,” said LaGamma. “So I said, ‘Oh, great. Yes. Why don’t you come and join us on rounds that’ll be kind of an interesting experience for you to see what you were like when you were 1000 grams. [approximately 2.2 pounds]'”

Mosley began to shadow LaGamma in the NICUS. “That is what really piqued my interest and then solidified my interest in wanting to go into medicine,” Mosley said.

He enrolled in an accelerated B.S./M.D. program at City College. He will continue his journey in an incoming pediatrics residency at New York-Presbyterian Morgan Stanley Children’s Hospital.

“I’m really excited and looking forward to starting residency and to be able to take care of patients now,” Mosley said. “I’ll be responsible for patients and involved in patient care and treating families.”