From Oprah to LeBron to Serena, Black Luminaries Are Lining Up to Honor the Class of 2020 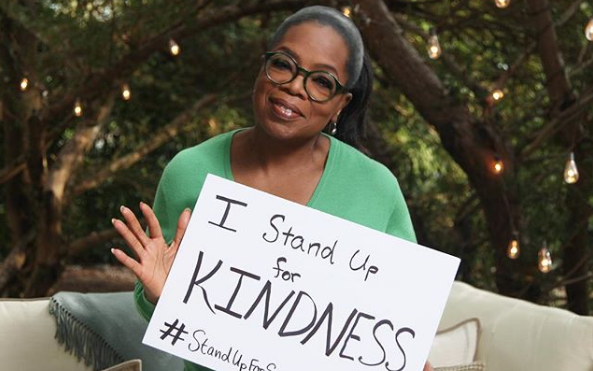 Carol’s Daughter founder Lisa Price did not graduate from college and, other than speaking at her young daughter’s Moving Up ceremony a few years ago, she has never given a commencement address—nor did she expect to. But, after a few weeks of quarantining with her family in their Brooklyn home, and with her daughter’s middle school graduation canceled, Price decided to take to social media with her own message to young people facing this big moment in their lives with all the usual, highly anticipated fanfare turned to vapor.

On Sunday, May 3, she appeared from her kitchen—the very room where many of her followers favorite Carol’s Daughter products were cooked up—to celebrate her daughter’s achievements and those of every student, at every level, who is marking the completion of a significant phase of their education. Why? Because they’ve worked hard and deserve it, Price says. And also because she has something she wants to say, drawn from her life’s experience and her own high school commencement speaker, the late, great actress, dancer, and singer Eartha Kitt, best known for her iconic role in television’s original Batman series.

“I remember being in awe of the fact that Cat Woman was speaking at my graduation,” Price recalls. “But to listen to her tell her story and to encourage us all to live beyond life’s possibilities for us, to understand that every obstacle placed in our way will only strengthen us and never defeat us—those words stayed with me and empowered me. I want this class to hear how special they are. Even if they don’t feel it today, maybe, like me, they will remember it later and it will have an impact.”

As what would typically be commencement season begins, Price and others have stepped in to quickly and boldly fill a void that was hovering as one of the many giant unknowns in our corona-ruled culture.

A two-week-old Twitter campaign urging former President Barack Obama to deliver a virtual national commencement speech didn’t get the nation’s first African American POTUS (or FLOTUS) to sign on, but it did light a fire under the corporate and celebrity communities to show the Class of 2020 that they care.

Leading the charge on the corporate side are Chase Bank and Facebook/Instagram, each of which has engaged major star power including Serena Williams and Oprah Winfrey to show graduates some love. Others are boldly stepping up with more homespun social media commencement parties honoring seniors from middle school through grad school, all of whose actual graduation ceremonies were canceled due to the pandemic.

The first-of-its-kind event was announced on Instagram by Chase’s CEO of Consumer Banking Thasunda Brown Duckett. “To the Class of 2020 – while this graduation is not what any of us imagined, what you’ve accomplished is huge and you deserve to be celebrated,” she wrote.

On May 11, Facebook and Instagram are kicking off a  continuous #Graduation2020 party that will culminate in a May 15th multi-hour livestream on both platforms, featuring a commencement speech by Oprah Winfrey with appearances from Lil Nas X, Simone Biles, Awkafina, and Miley Cyrus. The social media giants will be launching special filters and stickers custom-made for this moment.

“This is a bittersweet time for the Class of 2020,” Facebook vice president Marne Levine wrote on the platform earlier this week. “They are commencing at a time of great uncertainty. But graduating is a tremendous achievement, and worth pausing to celebrate even in these circumstances.”

With a powerhouse like Oprah, it’s a given that millions of students will tune in from their homes to watch at 2 p.m. ET on May 15th. While the media rockstar has given numerous renowned commencement speeches through the years, including at Harvard, Howard, Spelman, Colorado College, and Smith College just to name a few, she will have never done one virtually. This spring, she’ll be doing two, because Winfrey also agreed to deliver a virtual commencement speech for Chicago’s high school graduates.

The LeBron James Family Foundation has teamed with the Entertainment Industry Foundation and the XQ Institute to organize, “Graduate Together: America Honors the Class of 2020,” a May 16 prime-time television special set to air on all major networks as well as social media. The nation’s more than 3 million seniors deserve to be recognized, James said in a New York Times interview. “While this won’t be the graduation experience they were supposed to get, we hope we can still give them something special because they deserve it.”

Price’s inspirational message to the Class of 2020 aired live on Carol’s Daughter Facebook page. She had no specific goals other than to let families know that she honors them in this moment, and she has no illusions about competing with any larger efforts to do the very same.

“For me, the number [of viewers] doesn’t matter,” said the mother of three. “I wanted to do it to be there for the children and their parents. I plan to be transparent. I plan to be honest. I want to be funny. I also want the parents to take a bow. Parents always work hard, but we are working harder now, given the quarantine.