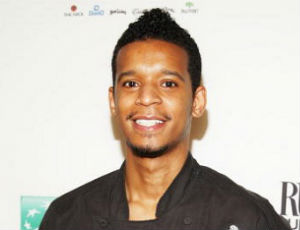 Over the course of his career, Chef Roble has positioned himself as a serial entrepreneur.

The idea came along pretty organically for RoblÃ©. Sensually, even.

“Food and sex are the only two things that I can think that everyone likes,” he said recently, quite assured of himself. “Everybody likes food, everybody eats everyday. You put a high-quality picture with syrup dripping off of it and you’ve married the two — you’ve made food sexy.”

The streetwear line is inspired by the culinary masterpieces RoblÃ© Ali whips up through his private catering company, RoblÃ© & Co., and his hit Bravo TV show Chef RoblÃ©& Co.

Like many young adults RoblÃ©, 28, is active on social media, especially Twitter. But it wasn’t until he made his way to the photo-sharing application Instagram that he noticed there might be something to the idea.

And it took some convincing.

“People would ask me all of the time, ‘Why don’t you get on Instagram?’ And, I would tell them no, I don’t want my photos looking all dusty. I like my food looking exactly how I post it,” he said, referring to the filter features popular on the photo sharing platform.

He decided to get an account as a precaution to protect his brand, but then noticed he had close to 20,000 followers before he posted a single photo.

“I would post all of these photos and hashtag it #foodporn,” he said. “I would post photos of all kinds of things I thought were cool, but mostly food.”

On Twitter, he noticed that he would get a normal amount of likes for his random photos of sneakers and clothing, but the likes for his #foodporn photos reached the thousands on a consistent basis.

If people liked the photos that much, would they wear them? RoblÃ© thought it was worth a chance so he called on his good friendÂ Stephen Thompson who started a food inspired, streetwear line called Pyknic. 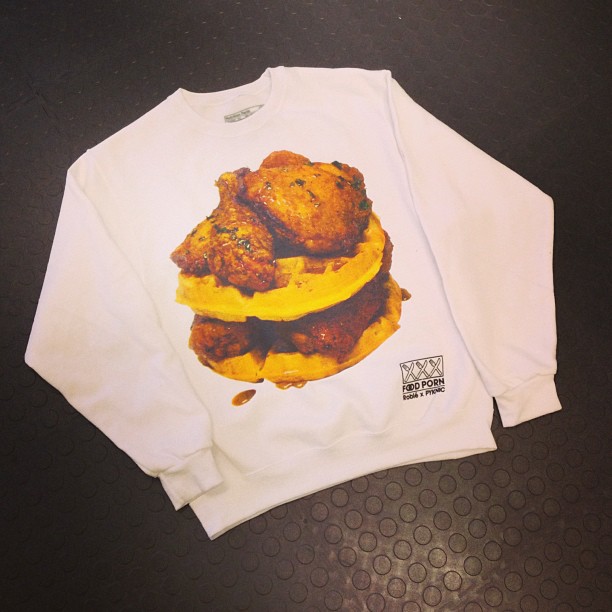 “I wanted to do something with him, but I wanted it to be different from what he’s doing,” said RoblÃ©, who admired Thompson’s strong graphic aesthetic. They brought both of their respective talents together, and the results have, by all accounts, been positive.

“We had already had conversations about creating a line, he already has the infrastructure, so I set up a photo shoot to test and we liked what resulted,” RoblÃ© said.

About a month ago the duo put the t-shirts and sweatshirts on pre-sale and have already had a positive response. While he declined to get deep about specifics of the partnership and the profits, he did say that the arrangement is a “great deal” because of what each partner brings.

“I cook food, I’m not a fashionista,” he said. “It’s a good partnership, though because of that. He has infrastructure and I have exposure.” 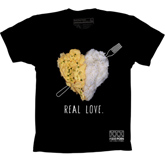 So, far his customer base and fan base is mostly women, although he anticipates that the demographic will balance out as the brand develops. Currently, they only offer t-shirts and sweatshirts, but they have plans to also sell snap back hats, fun food related jewelry, tank tops and other accessories. He anticipates that the line will be in malls and boutiques across America. Prices range from $28 to $54.

“I can’t really think of any line like this,” he said. “There’s no one really putting appetizing photos of food on clothing.

The word is spreading in the same way the business started: through social media.

“The social media component is working and it’s free,â€ said the New York native, who is mulling an advertising campaign.

RoblÃ© has other projects on deck as well. He hosts an ultra-exclusive brunch in Manhattan with friends Saada and DJ Moma that turns into an all-out party.

That would put it in company with his food and, perhaps one day soon, his clothing line.