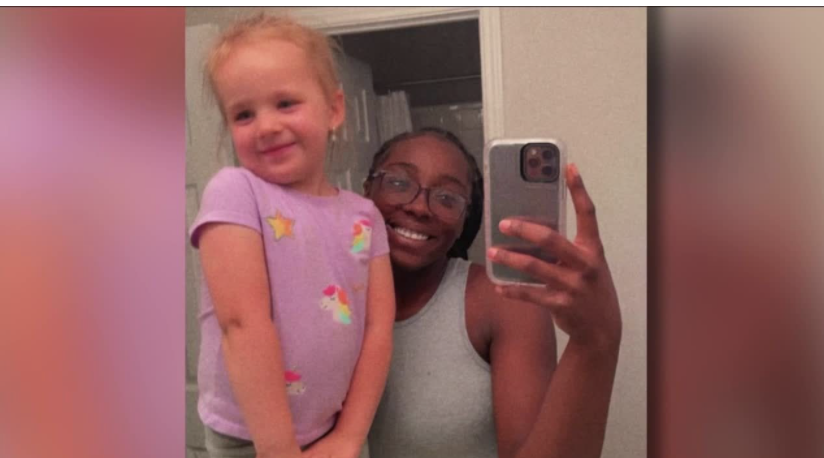 Frontier Airlines has come under fire by an Aurora, Colorado, woman accused of being a sex trafficker by the budget airline carrier.

According to Denver 7 News, Lakeyjanay Bailey, a Black woman, traveled with her four-year-old adopted sister from Colorado to Texas when they were stopped by the authorities inside the Dallas Fort Worth International Airport gate. Bailey, 20, reportedly drew suspicion from an employee because she was traveling with the little girl named Olivia, who is white.

The unidentified employee contacted the Dallas Fort Worth Department of Safety and reported the nonexistent incident.

“There were two police officers, and they came up to me and said, ‘Is it okay if we talk to you?'” Bailey said.

One of the law enforcement agents asked Olivia if she knew the woman, among other questions.

The publication reported that Bailey detailed that the cops spoke with the mother of the two and a social worker while continuing to request validation of the relationship. The cops followed them to the baggage claim area before confirming the relationship with the person who picked them up from the airport.

“The whole time they were talking with us, people kept staring at us, whispering and stuff,” Bailey said.

Denver 7 News reported that Frontier Airlines asked for an investigation because someone felt that Bailey’s 2001 birthdate was a travel issue considering that her travel companion was born in 2017.

The 20-year-old woman made it plain that she felt that her race was a factor.

“If the roles were changed, and it was a white person walking off the plane with a Black person – like a Black child, I feel like things would be different,” Bailey said.

Denver 7 News acquired a statement from the airline that confirmed Frontier’s concern regarding Olivia possibly being a victim of human trafficking.

“A concern was raised during the flight by another passenger who was sitting near the woman and child and suspected human trafficking,” the statement read. “That passenger approached the flight crew with those concerns and subsequently completed a written report during the flight to document her observations.”

“The captain was notified and felt an obligation to report the matter. Air travel is one of the most common means for human trafficking. Race played no part in the actions of the flight crew who were following established protocols,” it added.

The news outlet requested a copy of the report and the company’s protocol. Frontier Airlines has not yet responded.