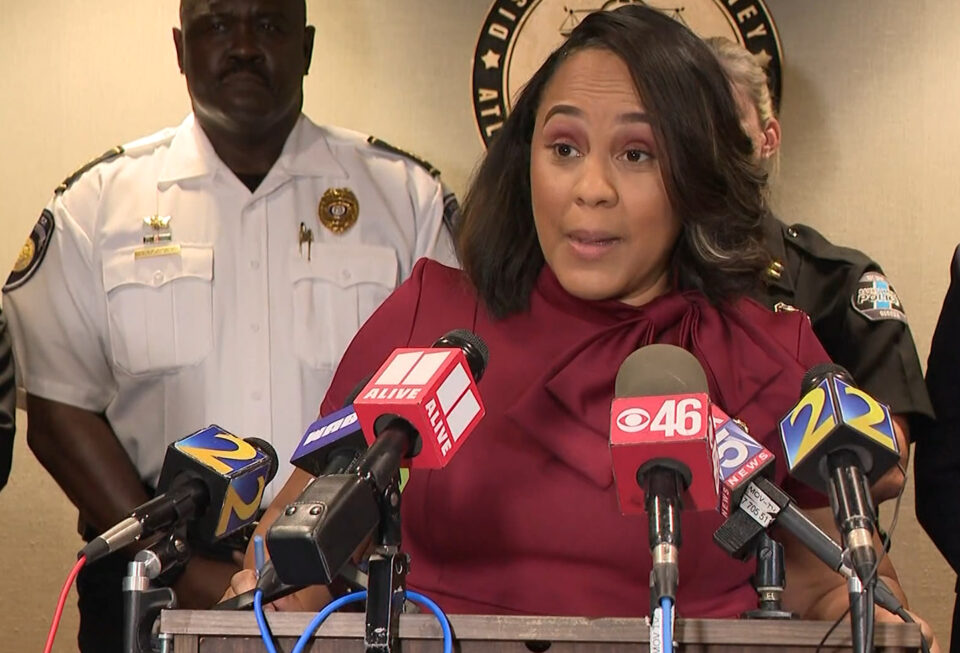 Fulton County District Attorney Fani Willis is cautioning rappers to stop discussing their criminal activities in rap lyrics because she has no plans to stop using them in her cases.

“I think if you decide to admit your crimes over a beat, I’m gonna use it,” Willis told reporters Tuesday.

“I’m going to continue to do that; people can continue to be angry about it. I have some legal advice: don’t confess to crimes on rap lyrics if you do not want them used—or at least get out of my county.”

There have been a lot of discussions in recent years concerning the use of lyrics by rappers in criminal cases.Jay-Z and Meek Mill have spoken out against the practice while New York and California have passed laws limiting a prosecutor’s ability to use rap lyrics in criminal cases.

Willis however, has used the lyrics of rappers in criminal prosecutions, notably a 56-count indictment against 28 members of the YSL (Young Slime Life) gang including rappers, Young Thug and Gunna. Willis and prosecutors allege the gang is behind a string of high-profile home invasions including the homes of singer, Mariah Carey, and Atlanta Falcons receiver, Calvin Ridley.

The Howard University graduate worked with investigators, using rap lyrics, music videos, and social media posts to collect evidence tying the gang and its members to the robberies and building a RICO case.

Crime in Atlanta has increased significantly since 2020. Last year, the affluent district of Buckhead, which is full of high-rise apartments and trendy restaurants, formed the Buckhead City Committee to separate from Atlanta and create its own city due to its high crime and lack of emergency services, including the police.

Willis, who is also investigating former President Donald Trump, has warned gang members that she will not stop using rap lyrics or social media posts to help lock them up.

“I am not going to negotiate with gang members, I will not allow pleas,” Willis told reporters. “We are going to find you, we are going to convict you, and we’re going to send you to prison for the rest of your days and I’m not apologizing for that.”