Need To Fund A Program Or Project? Try Fiscal Sponsorship 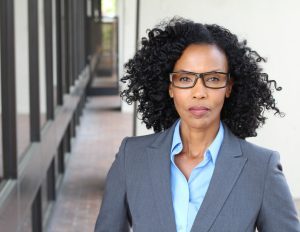 Passionate individuals or grassroots organizations that are looking to fund a program or a project–film, dance, theater, and so forth–without establishing a new, separate nonprofit organization, should eye fiscal sponsorship.

Fiscal sponsorship has evolved as an effective and efficient mode to start new nonprofits, seed social movements, and deliver public services. This is a great alternative to starting your own 501(c) 3, because it allows you to apply for grants and solicit tax deductible donations under your fiscal sponsor’s exempt status. In essence, fiscal sponsorship lets you piggyback on an existing nonprofit.

By definition, a nonprofit organization uses surplus revenues to achieve its mission, rather than distributing that money as profit or dividends. These organizations fall under IRS designation 501(c) 3 and are formed by filing bylaws and/or articles of incorporation in the state where they will operate.

A mix of controlling members or boards, paid staff, management, and unpaid volunteers operate nonprofits. It can take several months and thousands of dollars to set up a 501(c) 3 nonprofit. You will also have to pull together a board of directors and put systems in place, to account for the donations, income, and expenditures that would run through the nonprofit.

Fiscal sponsorship is a common mechanism used in the nonprofit sector, which enables you to launch a program or project under the shelter of a 501(c) 3, as opposed to having to do it all yourself and assuming the entire risk. Fiscal sponsorship generally entails a nonprofit organization–the “fiscal sponsorâ€–agreeing to provide administrative services and oversight, in addition to assuming some or all of the legal and financial responsibility for the activities of groups or individuals engaged in work that relates to the fiscal sponsor’s mission. Since fiscal sponsors are tax exempt charitable ventures, they have the ability to receive charitable contributions for specific projects. The donations intended to support a particular project are treated as restricted funds dedicated to furthering that project’s charitable purpose.

According to attorneyÂ Gregory L. Colvin, there are two types of relationships.

“With a pre-approved grant relationship sponsorship, the fiscally-sponsored project does not become a program belonging to the sponsor. Rather, it is a separate entity that is responsible for managing its own tax reporting and liability issues,” explains Colvin.

In pre-approved grant relationship sponsorships, the sponsor simply assures that the project will use the funds received to accomplish the ends described in a grant proposal. This model of fiscal sponsorship is primarily utilized by musicians, playwrights, dancers, and other artists. The fiscal sponsor typically charges an administration fee anywhere from 2% to 10% of the funds raised. Some offer other services, like liability insurance, coaching, and access to free work or performance space.

Check out the National Network of Fiscal Sponsors for a listing of fiscal sponsors from across the country, or visit theÂ Fiscal Sponsor Directory, where you can search by state, issue, or keyword.