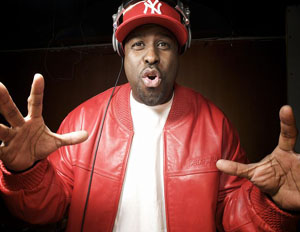 At the opening night concert for Advertising Week 2013, “Loud Liveâ€, the biggest names in music and advertising came together to kick off the week’s activities, seminars, and panels. Hip Hop megastars Fabolous andÂ Wale joined R&B croonerÂ Mack Wilds on stage, as HOT 97‘sÂ DJ Funk Flex andÂ DJ Enuff amped up the crowd of advertisers, marketing influencers, and media trendsetters with a mix of today’s hits and throwback classics that had the audience dancing their way through the Best Buy Theatre in Times Square.

During the concert, Loud Digital and Funkmaster Flex jointly announced thatÂ Flex’s digital properties, InFlexWeTrust.com and the DJ Funk Flex App, will now be exclusively represented by Loud Digital. Additionally, the biggest announcement of the evening was that DJ, radio personality and entrepreneurÂ Funkmaster Flex will now serve as its new Creative Director. In his new position, Flex will help develop next generation digital properties and apps for Loud’s owned and operated portfolio, create new original content with Loud’s celebrity publishers, and act as an ambassador connecting celebrities and artists to Loud’s partners.

“We are super excited to partner with Flex on such a deep level,” commentsÂ Lin Dai, VP of Digital Programming & Entertainment for Loud Digital. “Not only is Funkmaster Flex a legend in music, but he is also one of the best product design people I’ve ever worked with. He knows instinctively what the audience wants, and that’s why he has been so successful in cultivating a massive digital following. We’re excited to work more closely with Flex and look forward to having his insight on upcoming projects!â€