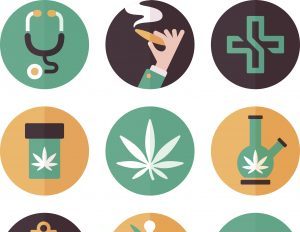 In 2016, the world of cannabis saw many changes. Mainstream entertainment became a major media component for the industry, and unapologetic brands like VICE introduced cannabis-themed shows like Weediquette and Bong Appetite, my personal fave. Branding, packaging, and high tech also became major themes within the cannabis industry that will only continue to separate the novice cannabis entrepreneur from the OG!

According to MJBizDaily, “States that passed marijuana measures earlier this month eventually could generate more in annual retail MJ sales than the entire U.S. cannabis industry is expected to this year.â€

The time to get into the cannabis industry is NOW. Take a look at what these industry experts predict for the future of cannabis in 2017. 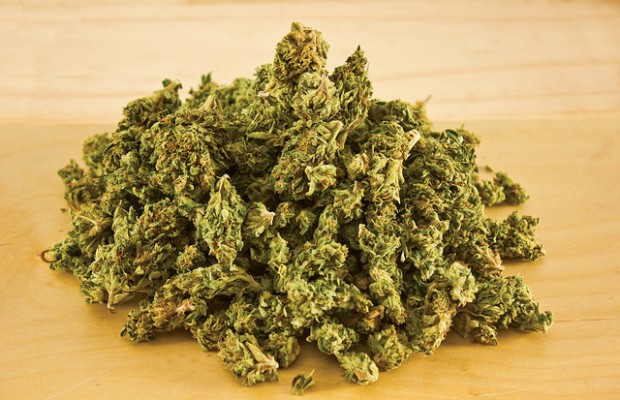 I have High expectations for the cannabis industry for 2017. Some states have begun the legalization process and the industry is about to boom in ways we haven’t imagined. I expect to see new products and technologies for extracting the purest forms of cannabinoids, and more use of CBDs in ways we haven’t imagined. This is an exciting time for cannabis and I believe the negative stigmas attached to it will begin to fade.

I think we can expect to see more people of color, more specifically African Americans, exploring opportunities either as career or cannapreneur in 2017. The more the industry is evolving, [fewer] people are feeling the stigma. For those looking to enter the industry, I would say consider ancillary services as they are much needed. Also, I strongly recommend staying on top of state and national laws and regulations–pay close attention to the unfolding changes. Read everything, especially the industry trade publications, research continuously about all areas within the industry, join organizations locally and nationally, network–get to know your peers. And lastly, beware of scam artists within the industry. There are many looking to capitalize off of uninformed entrepreneurs entering the cannabis industry. Do your research and learn about the people you are meeting.

The cannabis industry in 2017 will be all about strategic partnerships to skyrocket the next brand to the top. The general population is becoming increasingly curious about the health and financial benefits of cannabis, so more name brand companies will feel eager to be the first ones to introduce cannabis to their audience. This will also be the year that drastically separates those who are truly grinding from those who are just acting like they are….so find your lane, stay focused, and let Mother Nature do her thang.

2016 was huge for California with [the] Prop 64 blessing. Cities that followed Prop 64 in passing aÂ local ordinance will see a minimum of $3 to $5 million in additional tax revenue. Investors will see 100+ percent returns within 6 months. It’s Prohibition. None of this could have been possible without policy and procedure on the state and local levels. Don’t miss this opportunity.

We are the minority in every sector of industry, not only because of our numbers but because of race-based stereotyping. In the cannabis industry, we are doubly prejudiced by racial stereotypes in the drug culture. The industry is being inundated by speculators and professionals from other fields and to be present we must be vocal and showÂ “faceâ€ at conferences and in our local governments. Our strength lies in our communities and in our altruism; to succeed we must also look to our left and to our right and bring everyone forward.

Amber Senter: The normalization of cannabis is becoming more and more apparent every day. The presence of people of color in cannabis is needed now more than ever. If you have thought about starting a cannabis business or ancillary cannabis business, now is the time. Come together and network with fellow people of color in the cannabis space. Stay steadfast in your convictions, the cannabusiness is not an easy one, but one that can be achieved with great success. Get involved and be present in your local and state cannabis regulatory process. Speak up and let your voice be heard. We are all but ripples as individuals but when we come together, we are a giant wave and a force.

Sunshine Lencho: Do not back down from striving for ownership or investment in the industry just because it may become more difficult under a Trump presidency. It’s important that we remain intently focused on the few core things that will help bring the change we need nationwide: consistent advocacy, concerted action, and community education. Learn not just the laws in your state around your own cannabis industry, but those around you; market expansion is important and people of color should be leading the charge. Bring someone with you to a conference who might not otherwise learn of it. And above all else, be united in supporting members of our community who face opposition to their business proposals or are being persecuted for possession of a plant that is legal in half of U.S. states.

Nina Parks: The cannabis industry in 2017 for California will be known as the Cannabis Renaissance. Now that people can think with the concept of adult use, expect to see creative cultivation, products, and experiences and lots of branding. However, I’d liked to express my concern that when our land and ideas become attractive to the masses, the concern is that the industry will become cold-hearted and detached from its compassionate roots. Cannabis is not alcohol or like any other drug. Cannabis/Hemp can help save the planet.

Andrea Unsworth: 2017 will be a year of furious preparationÂ for many, as many states either transition to some form of legalization or take up the issue for the first time.Â  Aspiring cannapreneurs should spend the majority of their time understanding the local laws and being involved in the formation and implementation of those regulations. It is also important to build a business plan that is not based on striking it rich, but on uplifting community–through local hiring and building a distribution network with other entrepreneursÂ from the community. Longevity will come to those that are chasing well-thought out dreams, and not “get rich” schemes; it will come to those businesses that work to build community and not just a customer base.

Â So, what are you cannabis business goals for 2017? Share in the comments or let me know on twitter @savagegazelle!