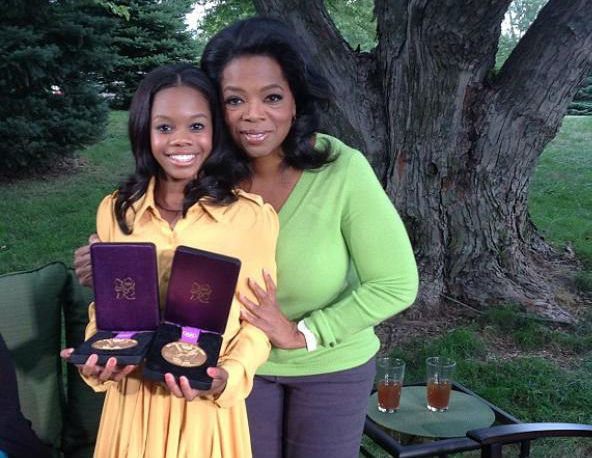 In the latest installment of “Oprah’s Next Chapter” on the OWN network, Olympic gold medalist Gabby Douglas sat down with Oprah to share some very candid revelations.

In the episode, which aired last night, Douglas opened up about being bullied by her teammates at the gym in her hometown, Virginia Beach, Va. The 16-year-old even revealed that she considered quitting.

“One of my teammates was like, ‘Could you scrape the bar?'” she recalled. “And they were like, ‘Why doesn’t Gabby do it, she’s our slave?'”

Douglas also addressed the public contempt that surrounded around her hair.

“I gel it up, put some clips in it and put it in a bun. People shouldn’t be worried about that,” she said.