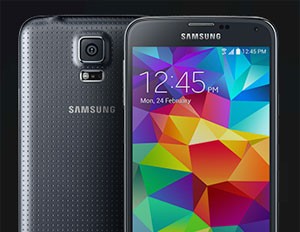 The Galaxy S5 will launch April 11, but chances are you won’t get one.

Due to the popularity of Samsung’s Galaxy smartphones, it’ll probably be sold out wherever you go.

So how do you get your hands on the latest Galaxy smartphone as soon as possible? Pre-order it.

AT&T, Sprint, and other smaller carriers are taking pre-orders for the device, priced at $199.99 with a two-year contract. There’s no word from Verizon on whether it will carry the 5.1-inch smartphone.

The devices are capable of interacting with Samsung’s smartphones, but don’t run Google’s Android Wear software as seen on the new Motorola Moto 360 or LG G Watch.

T-Mobile will begin pre-orders Monday, March 24. T-Mobile users won’t be locked into a two-year contract per se, but they will have to pay the full price of the phone over the course of 24 months.

The Galaxy S5 is launching with little competition from Apple, whose latest iPhone, the 5s, was released September 2013. Apple usually releases a new iPhone every year, though rumors have surfaced about Apple releasing two iPhones with different, larger screens to compete with larger-screened Android devices.

Of course, you can always go off-contract with your new smartphone. That route is rather expensive, as Samsung’s flagship phone will run a steep $649. It’s a high price to pay upfront, but you’ll usually save more in the long run compared to buying a subsidized smartphone from a carrier like AT&T or Sprint.