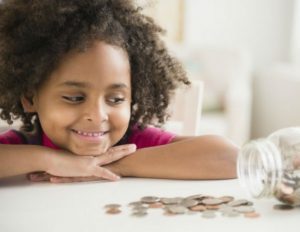 Anyone who walks up or down a street in the U.S. can quickly spot diverse hairstyles worn by women of color. From bald to braided hair, a woman’s crown has is a bold fashion statement, and a sign of personal liberation. However natural hair is sometimes still regarded as less professional by the masses. Despite it all, wearing hair in a natural state has freed millions from the uncomfortable sensation of lye-based chemical hair straighteners burning scalps in discomfort. More Black women are embracing their natural hair textures, and tossing chemical straighteners aside, according to Mintel, which is described as the world’s leading market intelligence agency.

“New research from Mintel reveals that Black women are most likely to wear their hair natural (no chemicals) with no-heat styling (40%) and natural with heat styling (33%). For a boost in confidence, 51% of women say their current hairstyle makes them feel beautiful,” Mintel reported online.

Building self-esteem when children are young can be extremely beneficial. Little Black girls are capable of embracing more messages that natural hair is beautiful, too.

BlackNews.com reported on how Jupiter Leo Productions LLC wants to make more Black girls feel special through technology. The launch of the company’s first app called Sista Salon was announced. Sista Salon is a role-playing game which is available for Apple iOS and Android platform users.

According to the press release, Sista Salon is intended to teach girls of African descent to celebrate their natural beauty, in addition to learning business and life skills. Through the game that is offered, girls can style their character. African-inspired outfits, and natural hairstyles such as curls, afros, and braids are available through the fun way of introducing young girls to empowering ideas. Africa Coins allow players to upgrade their character’s hairstyle and outfits.

“I wanted girls of African descent to love themselves and see their beauty. I saw a lack of beauty apps for girls that represented our beautiful culture, style, and creativity and I wanted to change that,” Joe Green, co-founder and Chief Technology Officer of Sista Salon, said in the press release. “I dedicate this app to all of the Sistas that give their all every day to help our families prosper. You are smart, you are beautiful and you matter!”

In the interview, Joe Green, co-founder and Chief Technology Officer for Sista Salon, also said that he still wanted to impact the lives of children, despite interruption of the after-school program that taught web design and robotics to inner-city school children in NYC he founded, due to the pandemic.

He even learned to program with Javascript and pushed himself to try something new.

On Facebook, a post explained that the game is made for Black girls so they can see an app representing them. Learning to run a successful business, and knowing that her natural hair and skin tone is beautiful, were two more mentionable points.

The Natural Hair Salon Game’s website states that  “at Sista Salon, you are the owner of a busy natural hair salon in the big city. Customers come in and your task is to style their beautiful natural locks to perfection.”

The website also said that the game is suitable for girls of all ages.

“Style your customers’ hair in the allotted amount of time. Time is money! Make sure you get their hair done on time or they will leave!” information of the website said.

iPhone and iPad users may download the free game. The app is also available via the Google Play store.