No Gas? No Problem. Small Businesses Embrace the Gas Shortage 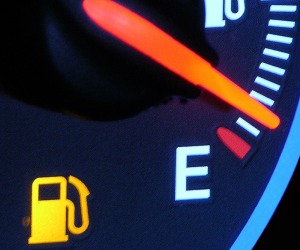 Hurricane Sandy devastated the eastern seaboard and created gasoline shortages in New York & New Jersey. Drivers have been forced to stand idle in lines for gasoline that stretch for blocks or in some cases miles. Plastic gasoline canisters have become a common sight as drivers struggle to find any gas stations that are still selling fuel. Some businesses however have been able to make the most of this otherwise nightmarish situation. By proactively planning or providing an alternative to using gasoline, they’re actually using the fuel shortage to their benefit.

New Yorkers are making the most of Zipcar’s policy that allows customers to rent cars with full gas tanks & return them with just a little fuel remaining. Customers pay an annual fee for the ability to rent a car on a daily basis which includes insurance and gas. Rentals jumped on Thursday and Friday, said Dan Curtain, Zipcar’s vice president of operations. One would imagine this would pose a huge problem for Zipcar as they join the millions of people also attempting to refuel, but Zipcar already prepared for this situation.

“We have guys out 24 hours a day now trying to address the situation with cars that are low on fuel,â€ said Curtain.

The majority of Zipcar’s fleet consists of fuel efficient vehicles which enable them to run much longer without a refill.

“It looks like we’ll be okay through the weekend,â€ Curtain continued.

Other New Yorkers have turned to mass transportation, usually a reliable, alternative means of transportation around the city. But Hurricane Sandy wreaked havoc on the system, closing several train lines, flooding stations and reducing the overall number of trains. Platforms are extremely crowded with straphangers having to push their way throughcrowds to gain access onto trains. Rather than fight through this, some riders have decided to purchase bikes and use the numerous bike lanes that NYC has provided.

Toga Bikes, located on Manhattan’s Upper West Side, has seen its business and foot traffic double since the hurricane, according to manager Eddie Meek.

“I think right now people are just doing whatever they can to get around, but this will help people to realize that the transportation system we have in place is flawed, and they need something they can rely on all the time.â€

One bike shop said business is up about 25 percent since the storm.

“Anything [priced] from $300 to $700 totally walked out the door,â€ says Carlos Carbonell of LIC Bicycles in Queens.

It appears that a natural disaster has done what decades of well-meaning public policy has failed to do – get people out of their cars and onto bikes.