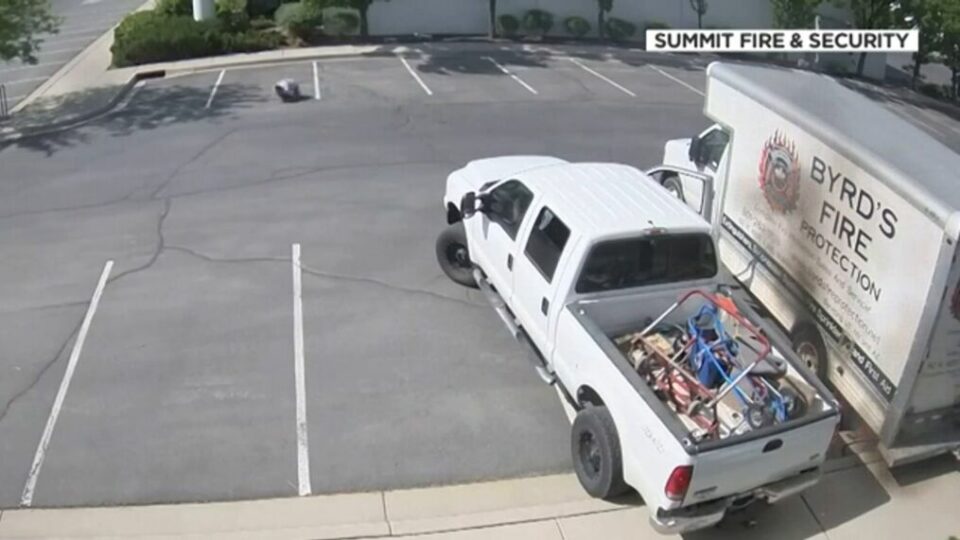 It seems folks are fed up with high gas prices as inflation rises. But it surely doesn’t give credence to what one thief tried to do by crawling under a truck to siphon gas. That plan literally backfired.

A Utah man was caught on camera going up flames while trying to siphon gas, according to the New York Post.

Many Americans are feeling the pinch in their wallets as they deal with the inflated price of gasoline at the pump. One man decided to take matters into his own hands and drill into a truck’s gas tank before bursting into flames, based on footage obtained by KSL TV.

The truck was parked outside Summit Fire and Protection, and its catalytic converter was previously stolen. Someone else siphoned the gasoline when another thief appeared on Saturday and boldly attempted to purloin gas in broad daylight. Still, his plans quickly went awry, KSL TV reports.

“Some people try to take the easy way out of everything,” said Branch Manager Travis Mills, to the news outlet.

Around 10 a.m., Mills was alerted about the possible gas theft from one of the trucks that eventually became engulfed in flames.

“The guy tried to siphon gas out of it and he wasn’t getting the siphon to work,” Mills said. “So he decided to drill the gas tank, and that’s when he caught on fire.”

Due to the increased amount of theft occurring on his business property, Mills installed a $30,000 security system that caught the hot-handed thief in action, the New York Post reports.

The unbelievable footage shows the man maneuvering under the rear of the truck — then, when he catches on fire, runs and jumps to put the flames out of his T-shirt.

Then as the robber remembers fire safety 101, the man is seen falling to the ground and rolling around until his accomplice helps him in their getaway vehicle.

The unidentified man is currently on the loose, and it is not determined if he was severely injured.

However, Mills warns the gas bandit was fortunate that the truck was nearly empty.

“If there were more gas in it than a gallon, this thing would have absolutely turned into a bomb,” he said to KSL.

“Unfortunately, given the gas prices in the valley and nationwide, we are seeing an increase in gas theft,” Allred said.

“It’s just extraordinarily dangerous for the person stealing the gas for a very low return,” Allred said of the desperate measures people will take to save money.