Gayle King to be Featured Speaker at Jopwell Conference in NYC 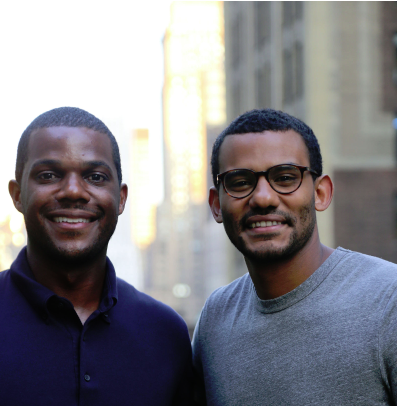 Jopwell, a career advancement platform for black, Latinx, and Native American students and professionals, is launching Jopwell Talks, a conference the company is holding in New York City. CBS This Morning anchor Gayle King is slated to speak at the event.

CEO and co-founder of Jopwell, Porter Braswell says the event is to help students and professionals “thrive in their careers and beyond.”

“Creating moments for our community to connect in-person is an important part of that mission and has been a priority for us from day one,” he further stated via a press release. “We are so excited to build on the success of the smaller-scale events we’ve hosted over the years to host our first summit. We are looking forward to bringing together hundreds of members of our community for an inspirational day of conversation and connection.”

King is an incredible “get” for Jopwell and speaks to the startup’s weight in the tech and career spaces. King is hot property—she recently negotiated a contract at CBS worth $11 million. Well-known as Oprah’s BFF, King is one of the most powerful women in media. Her fame reached new heights after her interview with Robert Kelly (“R. Kelly)—after she maintained professionalism and calmness while Kelly launched into a tirade about sexual misconduct allegations against him.

Other speakers at Jopwell’s event will include Michael Lomax, president, and CEO of the United Negro College Fund; Antonio Lucio, global chief marketing officer at Facebook; and Miguel McKelvey, co-founder, and chief culture officer at The We Company.

In September 2017, Jopwell raised its most recent round, a Series A totaling $7.5 million bringing Jopwell’s total funding to date to $11.75 million. The round was led by pre-existing investor Cue Ball Capital, along with Kapor Capital, Y Combinator, Omidyar Network, Valar Ventures, SJF Ventures, Blue Ivy Ventures, and Teneo Ventures.

“Jopwell is in high demand because it fills a critical need,” said Earvin “Magic” Johnson, chairman and CEO of Magic Johnson Enterprises at the time of the fundraising. Johnson said that the Jopwell founders “created Jopwell to give employers access to the best candidates from historically underrepresented minority groups” and “I believe in their vision and am excited to work with them.”

Jopwell Talks will take place at the Brooklyn Museum on Tuesday, Oct. 15 and will focus on diversity and inclusion, mentorship, personal branding, and other career-oriented topics.