How Gender Pay Gap Starts Far Before The Work Place 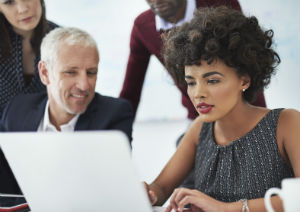 It’s no secret that women are paid less than men in the workplace–79 cents to the dollar, to be exact. A report by research assistant, Jessica Schieder, and Senior Economist, Elise Gould, of the Economic Policy Institute revealed that many people argue that the pay gap is not a matter of discrimination. Instead, it’s a matter of certain factors including occupational choice, education, and pre-set expectations about women’s role in the work place and family that directly affect a woman’s pay.

However, what is rarely considered, is the fact that, though women may often opt for female-dominated, lower-paying occupations, the decision to select these occupations are often directly tied to early established societal norms and discrimination.

“Leaving aside the fact that women’s career choices are shaped by gender norms and expectations, the fact is that most of the gender wage gap can be explained by the fact that women, on average, are paid less than men in the same occupation,â€ said Gould.

This can be a result of women’s work being undervalued, even if they are doing the same exact work of male counterparts.The counter–that women still make less than men, regardless of occupation–would mean that, despite that fact that women are often led from very early ages into paths that may lead to lower pay.

“It’s important to realize that women’s career choices do not happen in a vacuum,â€ said Schieder. “Girls are steered toward gender-normative careers from a young age, and that has a profound impact on their earnings later on.â€

Much of the steering of women’s choices results from the expectation that a woman’s place in the home. That place makes it less likely for women to select those high-paying professions that require longer work hours.

“Serious attempts to understand the gender wage gap should avoid blaming women for not working hard enough or picking high-paying careers,â€ said Gould. “We need to look at how our economy provides unequal opportunities for women at every point of their education, training, and career choices.â€

The study suggests that when discussing the wage gap, we don’t blame women for choosing the paths they select, but instead reflect on the overall thoughts and systems that leads women to unequal opportunities in education, training, and career.

For more information about the gender pay gap, and how it can be altered visit www.epi.org.