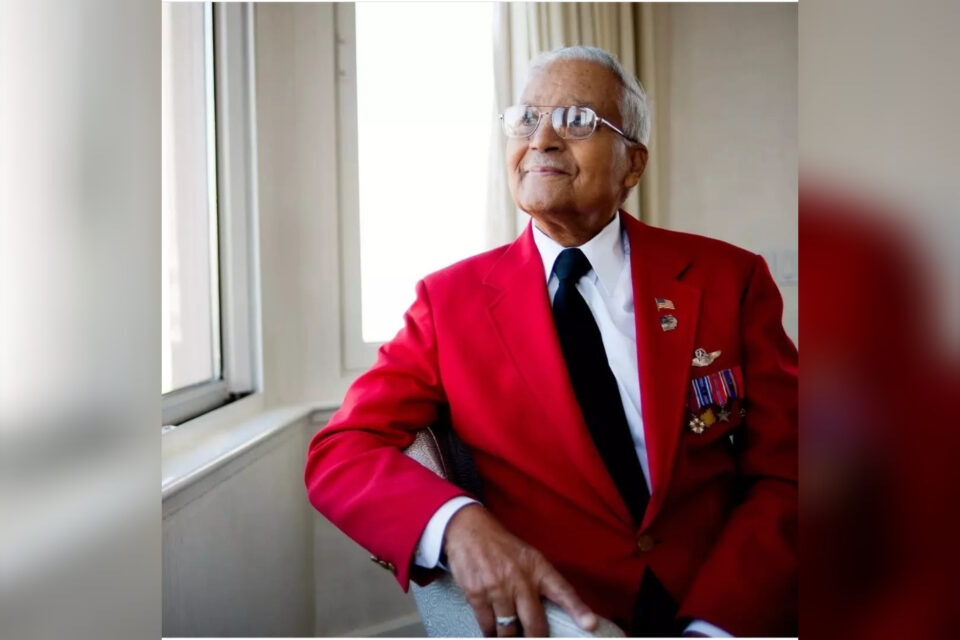 Two years after receiving an honorary commission promoting him to the rank of one-star brigadier general, Charles McGee, one of the last surviving Tuskegee Airmen, has passed away.

According to the Associated Press, his son Ron McGee said the decorated veteran died in his sleep on Sunday at his home in Bethesda, Md. He was 102 years old.

Over the course of his 30 year military career, Gen. McGee flew 409 combat missions in World War II, the Korean War and the Vietnam War. He was a member of the Black 332nd Fighter Group, also known as the “Red Tails,” which accompanied bombers over Europe in the 1940s.

After retiring in 1973, transitioning to a career in business, McGee remained very vocal about the Airmen’s experiences with racism and discrimination in the military. He once wrote an essay for the Smithsonian National Air and Space Museum detailing just how “radical and offensive” the idea of an all Black flight squadron was when the Army Air Corps program at Tuskegee first started.

“The prevailing opinion was that blacks did not possess the intelligence or courage to be military pilots,” he explained. “One general even wrote, ‘The Negro type has not the proper reflexes to make a first-rate fighter pilot.’ The Tuskegee Airmen certainly proved men like him wrong.”

McGee is survived by three children, 10 grandchildren, 14 great-grandchildren and one great-great-grandchild. The family issued a statement in which the called the patriarch “a living legend known for his kind-hearted and humble nature, who saw positivity at every turn.”

The announcement of his death was met with an outpouring of memorials across social media, from old photos shared by those he inspired, to statements from public and political figures.

Today, we lost an American hero. Charles McGee, Brigadier General and one of the last surviving Tuskegee Airman, passed at the age of 102. While I am saddened by his loss, I’m also incredibly grateful for his sacrifice, his legacy, and his character. Rest in peace, General. pic.twitter.com/3GLNbfRHs7

Vice President Kamala Harris paid tribute to the “American hero” by sharing her conversation with McGee last month, in celebration of his birthday.

Today, we lost an American hero, Brigadier General Charles McGee. A member of the Tuskegee Airmen, he completed over 400 missions during World War II, Korea, and Vietnam. I had the honor of calling him last month on his 102nd birthday to thank him for his service to our nation. pic.twitter.com/p8MfrR1hQ3