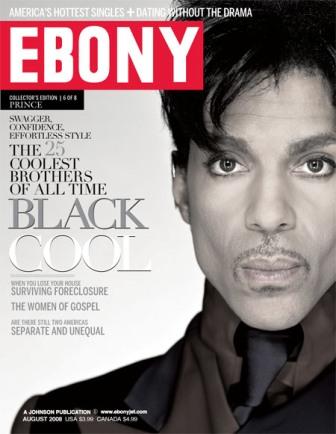 Business titan Mellody Hobson and her husband, Star Wars filmmaker George Lucas, filed a court motion seeking control of the Ebony and Jet archives just weeks after the magazines’ former owner, Johnson Publishing Co. (JPC), filed for bankruptcy. According to The Wall Street Journal, the power couple is seeking to take control of the magazines’ archives, which contain thousands of historic photos and recordings of African American people, culture, and events.

JPC filed for Chapter 7 bankruptcy earlier this month, putting the magazines’ collection of iconic footage, chronicling more than 70 years of African American life, in jeopardy. The archives include original photos of Dr. Martin Luther King Jr. and his funeral, Rosa Parks, Muhammad Ali, Langston Hughes, and Maya Angelou. It also includes photos taken of Emmett Till’s 1955 funeral along with a host of images published during the civil rights movement.

According to The Journal, JPC used the archives, which had once been appraised at $40 million, as collateral for a $12 million loan that the company received from Capital Holdings V. The loan, however, has been in default for three years, leaving the archives uninsured. As a result, when JPC filed for bankruptcy, the company’s assets were placed in control of a court-appointed trustee.

Capital Holdings V, a company controlled by Hobson and Lucas, filed a motion Wednesday in Chicago federal Bankruptcy Court seeking to foreclose on the archives, citing the risk to their loan repayment and the iconic photo collection.

“We are dedicated to preserving and celebrating stories and storytellers around the world,” Capital Holdings said in a statement to The Journal. “The Johnson Publishing archives are an essential part of American history and have been critical in telling the extraordinary stories of African American culture for decades. We want to be sure the archives are protected for generations to come.”

Founded in 1942 by John H. Johnson, JPC once represented the pinnacle of success for African Americans. Meanwhile, the company’s founder and publisher served as an inspirational force for generations of black entrepreneurs. However, the company took a hard financial blow during the digital revolution. According to a BE report:

According to the Chapter 7 bankruptcy petition, filed in the Northern District of Illinois, JPC has between 200 and 999 creditors, as well as between $10 million and $50 million in both assets and liabilities. In making the announcement, the company said in a press release that it was “caught in a tidal wave of marketplace changes and business issues which, despite exhaustive efforts, could not be overcome.”

Over the years, financial troubles forced the firm to sell major assets. In 2016, the company sold Ebony and Jet magazines to Texas-based private equity firm CVG Group L.L.C., which still manages those media properties, and sold its headquarters in 2010. The company, which still owns the Fashion Fair cosmetics business as well as an expansive archive of about 4 million images and thousands of videos, will place those properties on the auction block.

Editor’s Note: In 2016, EBONY Media Operations, LLC (EMO) acquired Ebony and JET brands and publishing archives dating back to Ebony’s 1945 founding. The archives referenced in the court filing are for thousands of images that were not published in Ebony or Jet magazines. Hence, George Lucas and Mellody Hobson are fighting to save Johnson Publishing’s historic archives.