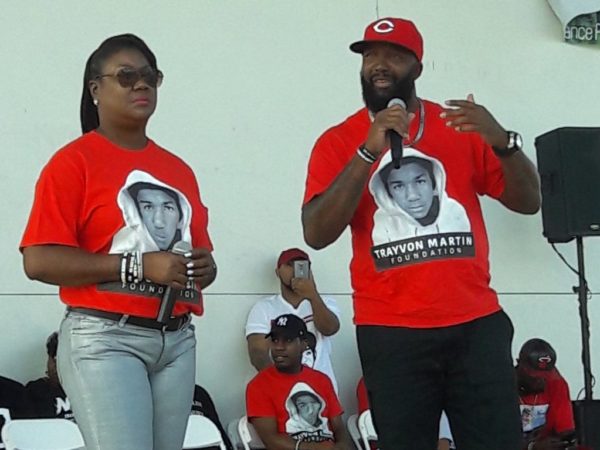 Six years after being acquitted for the murder of Trayvon Martin, George Zimmerman is now suing the slain teen’s family for $100 million.

Zimmerman was acquitted on all charges in 2013 for fatally shooting Martin, an unarmed 17-year-old who was walking to his father’s girlfriend’s home in Florida after buying skittles and iced tea from a convenience store in 2012. Zimmerman followed and approached Martin because he thought he was suspicious and then shot him during a scuffle, claiming self-defense. Zimmerman had faced charges of second-degree murder and manslaughter in the case.

In a lawsuit filed by controversial right-wing attorney Larry Klayman on Zimmerman’s behalf, the former neighborhood watchman claims he was the victim of a conspiracy, malicious prosecution, and defamation. Zimmerman’s legal team alleges that Martin’s former girlfriend, Rachel Jeantel, who testified as a key witness during Zimmerman’s trial, was an impostor, reports NBC News. She is being accused of standing in for Brittany Diamond Eugene — whom the suit says was Martin’s real girlfriend and is Jeantel’s half-sister — because she refused to testify.

In addition to naming Martin’s parents, Sybrina Fulton and Tracy Martin, the suit alleges defamation by Martin family attorney Benjamin Crump. Several Florida prosecutors, the state of Florida and its law enforcement department, and HarperCollins, which recently published Crump’s book about violence toward black people, are also named in the suit.

Martin’s family and Crump’s office released a joint statement in response to the lawsuit, rejecting Zimmerman the notion that he was the victim of a conspiracy. “I have every confidence that this unfounded and reckless lawsuit will be revealed for what it is – another failed attempt to defend the indefensible and a shameless attempt to profit off the lives and grief of others,” it reads, according to NPR. The statement goes on to charge Zimmerman with “revictimizing individuals whose lives were shattered by his own misguided actions.”

Klayman is the founder of Judicial Watch, a conservative nonprofit that has repeatedly sued the Clintons. He also supported the notorious “birther” movement and accused President Barack Obama of secretly being Muslim. The Southern Poverty Law Center describes Klayman as “a professional gadfly notorious for suing everyone from Iran’s Supreme Leader to his own mother.”

Klayman will reportedly hold a news conference about the case on Thursday at a movie theater where journalists have been invited to watch a new documentary that discredits the Martin case.