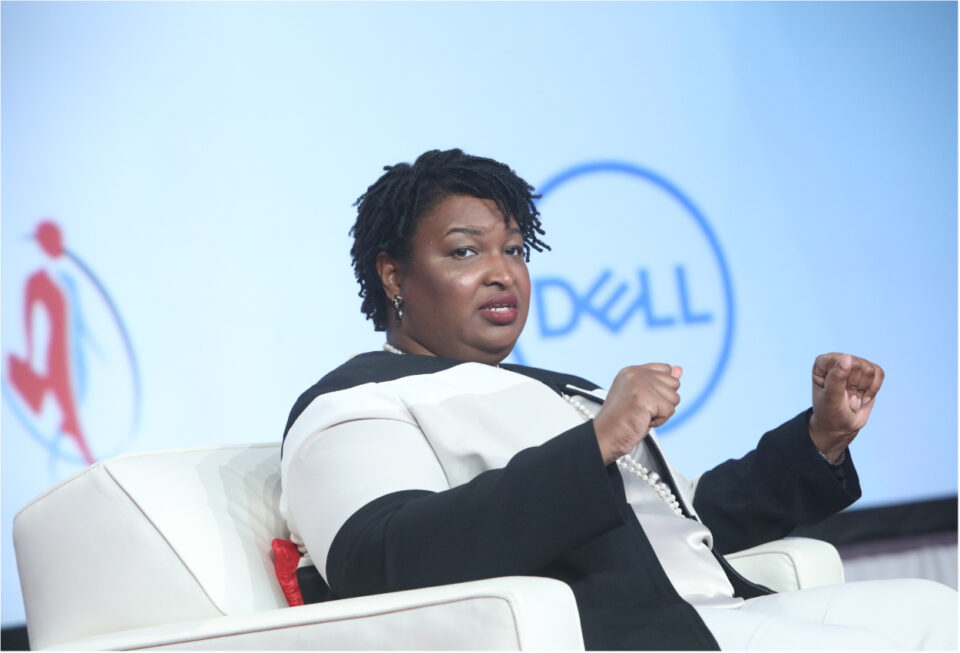 Democratic gubernatorial candidate Stacey Abrams wants the Peach State to use its budget surplus to invest in its residents.

WTOP reported that Georgia has $7 billion in extra funds. Abrams proposes using $1 billion in new spending to expand Medicaid and to give raises to teachers, state police and prison guards.

“What I’m saying is, let’s put Georgians to work. Let’s invest in Georgians,” Abrams told the Associated Press in an interview ahead of a speech on the economy she’s expected to deliver Tuesday. “Let’s use the resources that are in our state to do what’s right for the people of the state.”

Abrams also called out her opponent, current Georgia Gov. Brian Kemp, accusing him and other state politicians of hurting the state and its residents by prioritizing low taxes and low spending. The Fair Fight founder is trailing Kemp in the polls and is focusing on the economy, which has been a vulnerable spot for Democrats due to rising inflation.

Kemp, meanwhile, has pointed to billions in new investments in the state under his administration.

“This team has put our state on the path to greater economic opportunity for all who call the Peach State home,” Kemp said in a campaign speech last month. “We brought good-paying jobs to every corner of Georgia, landed the largest economic development deals in our state’s history, passed the biggest income tax cut on record, and kept government out of your way and out of your pocket.”

A Kemp campaign official told WTOP he plans to release his plans for the budget surplus later this week, which is likely to include another round of state income tax rebates and a property tax rebate for homeowners.

Many of Abrams’ plans for the budget surplus are the same as when she ran in 2018, including expanding the Medicaid health insurance program to all low-income adults and expanding state aid to small businesses. Abrams added Republicans are inflicting a “poverty of imagination and a poverty of thinking” by insisting on low taxes and low spending.

“I liken it to a company that realizes a windfall,” Abrams said. “You can either give dividends to your wealthiest shareholders or you can invest in the infrastructure of your company so you can create more opportunities and create more revenue. I want to do the latter.”