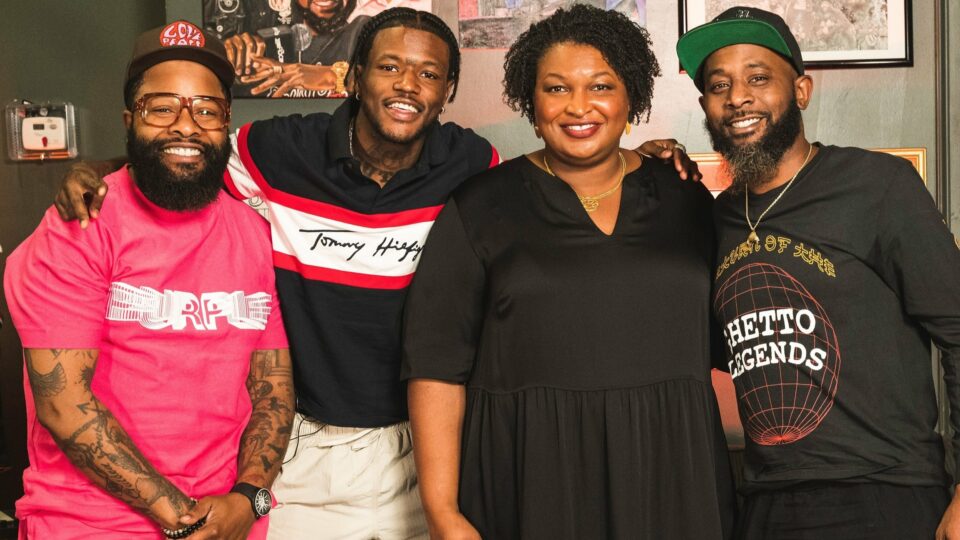 Georgia’s Democratic gubernatorial candidate, Stacey Abrams,is making her pitch to Black men, who overwhelmingly support her, but not at the level of Black women.

Abrams has been trying to appeal to Black men this summer, holding a meeting with several Black men in June to hear the issues and challenges they face. She also appeared on the 85 South show, a popular Atlanta-based podcast hosted by three Black comedians, to talk politics and Black men.

Abrams told Yahoo News during a campaign event last Sunday, “If Black men vote for me, I will win Georgia.”

Suicide and depression rates among Black men have been increasing as the COVID-19 pandemic and the police-related deaths of George Floyd, Rayshard Brooks, and the death of Ahmaud Arbrey have taken an emotional and financial toll along with personal issues.

Abrams may have a point with her claims as Gov. Brian Kemp currently holds a five-point lead. Black men could be the demographic that decides the election. However, the voting restrictions bill Kemp signed into law after former President Donald Trump lost the state will make it harder for Black citizens there to vote.

The bill limits drop boxes, adds identification requirements to absentee voting, and makes it illegal to give food and water to voters waiting in line to vote. The bill is considered by numerous Black politicians the most blatant act of voter suppression since Jim Crow laws.

Abrams is largely credited with helping President Joe Biden win the 2020 presidential election. After losing the gubernatorial election, Abrams created the grassroots organization, Fair Fight, which registered thousands of Black and minority residents across the state to vote.

Black men in the state are also focused on the Senate race between Democratic incumbent. Raphael Warnock and former NFL running back Herschel Walker, who has been endorsed by Trump. According to Real Clear Politics, Warnock has a four-point lead on Walker.