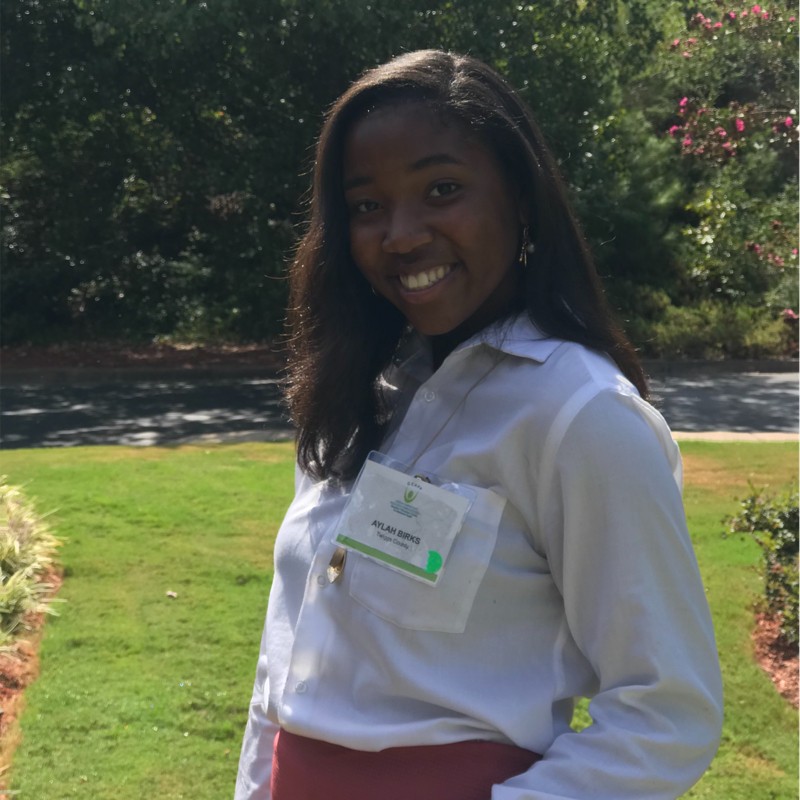 Aylah Birks is a high school senior from Georgia who received approximately $2.2 million in scholarship offers. She was also accepted into 84 colleges. Image- LinkedIn

Fortunately, one student named Aylah Birks will not face having to repay any student loans. Birks proves staying committed to achieving academic excellence can pay off in big ways. 11Alive reported the Twiggs County High School senior from Georgia received approximately $2.2 million in scholarship offers. She was also accepted into 84 colleges.

Birks holds a 4.0 GPA,  is a finalist for the Gates Scholarship and she already achieved her goal of becoming a published author. According to Birk’s interview with 11Alive, her book Perspectives Through the Looking Glass is a hybrid book between poetry and personal stories is interactive. It gives the wordsmith the ability for the audience to start a conversation with her. Birks could also start a conversation about being determined at a young age.

“My story is not ending in Twiggs County, but it’s only just beginning, and I think the most rewarding part is that I’ve made my family proud and I’ve made myself proud,” Birks said in the 11Alive interview.

She has not always walked an easy path to achieving noteworthy accomplishments. When her mother faced the task of caring for an ill grandparent a few years ago, she was left to face several hurdles. However, Birks remained optimistic. Birks remained driven and took initiative to press forward.

“I especially could not participate in as many extracurricular activities as I would like to, but I still maintained that grasp in school and my mother couldn’t be as present as she is now in my extracurricular activities because she was so busy supporting him and I completely understand,” Birks said to 11Alive, also recalling her college application experience. “It was not easy and you will have no idea how many long nights I stayed up trying to find out the information for myself on college deadlines, college admission expectations, what to do, what not to do.”

“I was often bullied and I didn’t understand why, but when you’re bullied…people see something in you that they don’t see in themselves,” Birks said to 11Alive.

Additionally, Clemson and Mercer are currently two of her top colleges choices. Burkes also remarked that she is determined to finish her high school career on a high note. The focused teenager informed 11Alive that she plans to major in behavioral neuroscience and legal studies with minors in communications and public health.