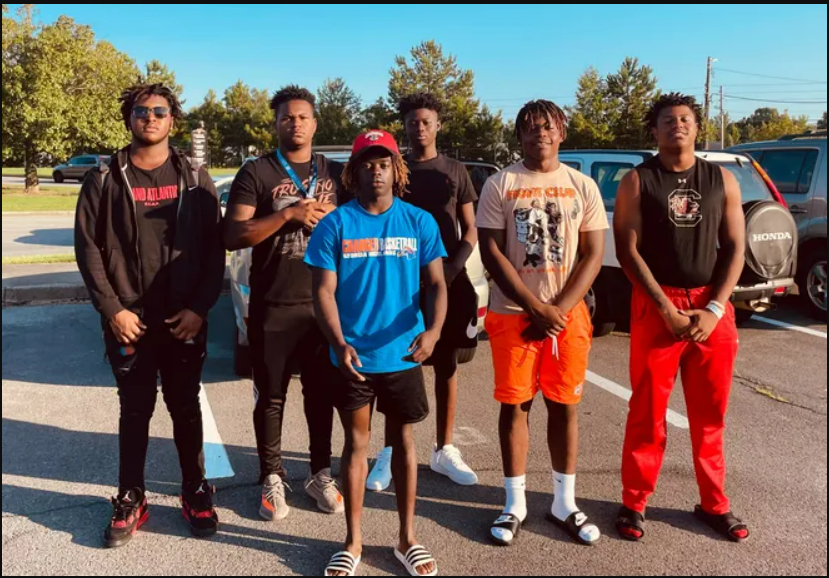 Georgia high school football players helped rescue a woman who was trapped in a car after being involved in a car accident.

A woman was hit by another vehicle outside a high school in Rome, Georgia, located about 70 miles northwest of Atlanta. Because of the kids’ quick thinking, she was rescued from ” a potentially fiery car crash,” USA Today reported.

The students, who grew up together and are between the ages of 14 and 17, had just arrived at the high school last Friday when they came upon the traffic accident. A small silver car swerved and hit a white SUV as the car was trying to avoid hitting another car that was being driven by a teenager, Rome Police Department Assistant Chief Debbie Burnett told USA Today.

Adams, who was driving himself and his friends to school, said he saw the crash take place.

“It was right in front of me. I turned off the car and jumped out and said, “Hey look, let’s go help her.’ The woman was leaning over into the passenger seat, begging for help. She had blood on her face and was screaming.”

He said Brown and Moore ran to the passenger side door and tried to pull it off.

“The vehicle was smoking, the fluids were leaking, and I could tell it was about to catch fire had the police not got there quickly, which they did.”

When they couldn’t open the door, they ran to the driver’s side door.

“They literally started using their strength to pry the door open, so the lady could be released,” said Luis Goya, a math teacher at the high school, who witnessed the actions of the teenagers.

The boys finally got the door open after about 30 seconds of pulling and pushing. Carey and Moore got the woman out of the car and walked her to the grass. Police said she was transported to a local hospital, where she was treated for cuts and bruises.

Goya posted about the boys’ heroics on his Facebook page.