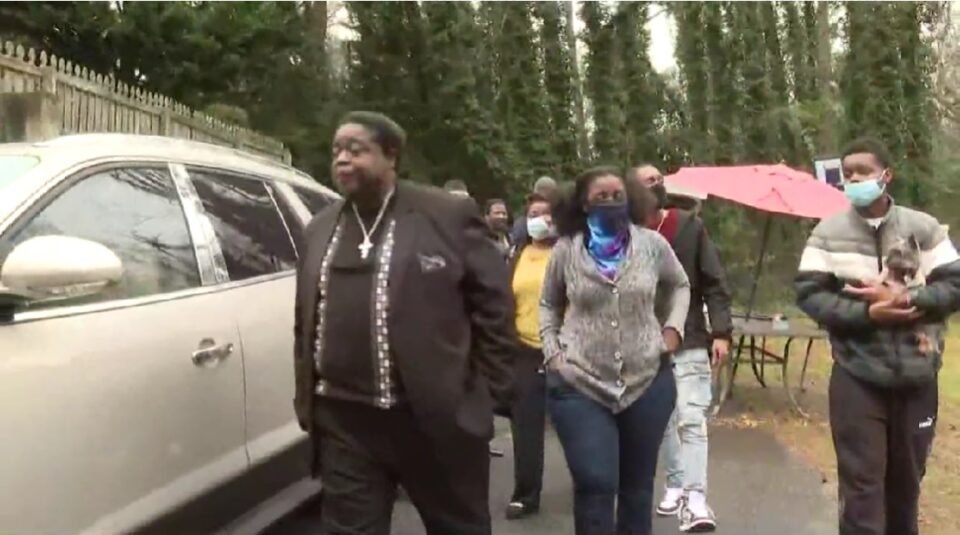 A Georgia pastor and his wife are under investigation after authorities say they discovered seven people living in the couple’s basement with no way to leave the house in an emergency.

According to NBC News, Curtis Keith Bankston and his wife Sophia Simm-Bankston have been charged with false imprisonment. They are accused of running an unlicensed group home in their basement, where firefighters discovered eight people – all either mentally or physically disabled – seemingly being kept their against their will.

The investigation began when the Griffin Fire Department was called to the house to care for a person having a seizure. Upon arriving at the house, firefighters found the door to the basement dead-bolted and had to climb through a window to get to the patient.

Using the fire department’s observations, Griffin Police obtained a search warrant and determined that the people living in the basement were “essentially imprisoned against their will, which created an extreme hazard as the individuals could not exit the residence if there were an emergency.”

The people living in the basement ranged in age from 25 to 65 and had all been placed into housing by the Georgia Department of Human Services. Based on their investigation, police determined that the Bankstons controlled various aspects of their charges’ lives – from medication to benefits and finances.

“It is both frightening and disgusting to see the degree to which these individuals have been taken advantage of by people who were in a position of trust,” said a police statement about the incident.

The couples attorney Dexter Wimbishb tells 11 Alive that the police are misinformed, explaining that their organization, One Step of Faith 2nd Chance Ministries offers room and board to individuals with special needs, many of whom are experiencing homelessness due to their mental or physical disabilities.

“Everybody inside this home was here on their own free will, they were free to come and go as they please. No one was kept, held hostage,” Wimbish said. “You’re not talking about somebody profiting off of the backs of the poor, you’re talking about somebody who’s actually doing what God commanded us to do—go out into the byways and the highways, spread his message, and feed individuals and clothe individuals. He’s doing what his God has called him to do.”

Following the Bankstons’ arrest, six of the people who were removed and assigned to other facilities. One man did decide to stay with the pastor and his wife.

“It’s a safe, quiet environment, and I can take my medicine and eat my food in peace,” Shun Taylor told reporters. “They’re taking care of me.”

Griffin Police have not ruled out additional charges for the Bankstons as they continue their investigation.