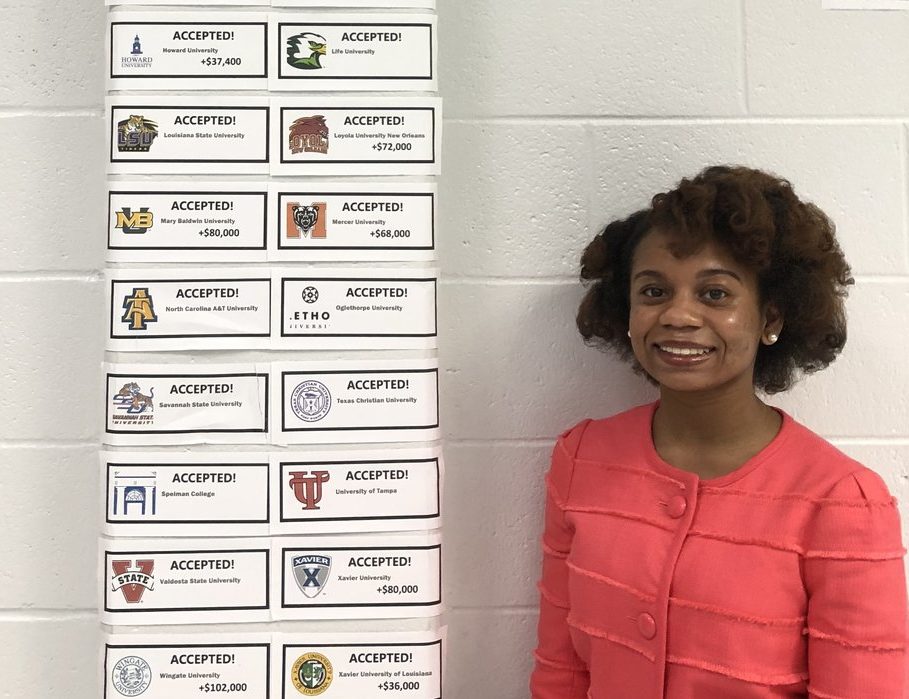 Kayla Willis was a senior at Westlake High School in Atlanta, Georgia, when she decided to apply to 41 colleges. She was able to get all of her application fees waived. She ended up getting accepted to 33 of the colleges that she applied to. Her high school places all acceptances of their students on a wall to showcase their achievements.

“They’re missing a few but I’m not going to complain or brag because I still have a lot underneath there,” Wills told 11 Alive News.

i kinda didn’t want to post this, but someone said “the whole world needs to know how great you are” so here we go twitter! pic.twitter.com/g58Xd0w1w2

Some of the schools that Willis was accepted include Spelman, Notre Dame, University of Georgia, among others. Willis was also able to secure over $900,000 in scholarships from the various universities that accepted her.

Willis’ achievement became a hit on social media last year when she announced that she had scored 1160 on her SATs.

“To show them that someone who made an average SAT score who has good grades—someone can make it and do that type of thing,” she said.

Wills’ acceptance success had a positive effect on other students at her high school.

“It’s just been contagious and I’ve had so many students come up to me and say, ‘Hey, here’s my acceptances, I want to put them on the wall’,” Principal Jamar Robinson said.

@kaegenic is an inspiration to our staff & students because she just DOES NOT QUIT! Today she is being interviewed by @11AliveNews for being accepted into over 40 colleges & universities! She is also one of the most involved students in the school. We are so proud of you Kayla! pic.twitter.com/7mP42CwmGS

“I wanted to inspire people and show them that you can actually dream big and get to where you want to go,” she said.

Wills chose to attend Fisk University, an HBCU, this past fall and major in International Business.