Germany To Return Stolen Bronze Artifacts To Benin, "We Are Confronting Our Historic And Moral Responsibility." 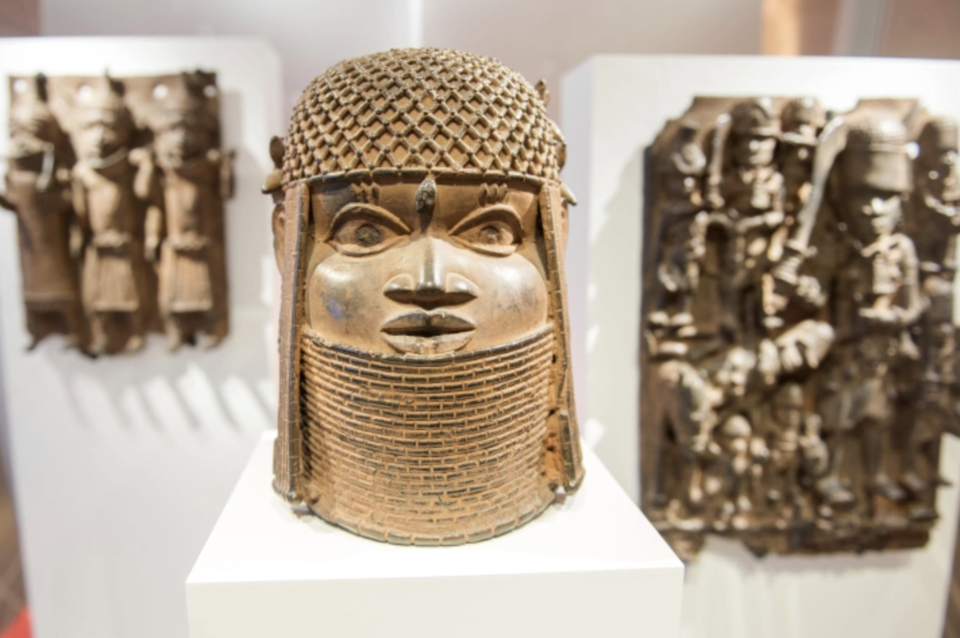 On Friday, Germany announced plans to return hundreds of stolen artifacts– it and other European nations pillaged from Benin during the early times of Europe’s colonization era. The collections were distributed and sold among the white nations during the late 19th century.

According to Al-Jazeera, Germany’s Foreign Minister Heiko Maas called the deal to return the priceless treasures to Nigerian authorities a “turning point in dealing with our colonial history.”

That’s colonizer-speak for, “It’s about time we give the people of Benin what rightfully belongs to them after we murdered folks and plundered the town.”

Related Story: BRITISH UNIVERSITY RETURNS STOLEN BENIN SCULPTURE TO NIGERIA, AS IT SHOULD

Monika Gruetters, the country’s minister for culture, added that the Benin Bronze artifacts were a pivotal talking point for reconciling Germany’s xenophobic and treacherous past.

“We are confronting our historic and moral responsibility,” she said.

The bronze artifacts are slated to be returned to the West African nation next year.

One German historian is skeptical about the plan.

“Sadly, there is neither a precise time plan nor an unconditional commitment to restitute all looted artifacts,” said Juergen Zimmerer, professor of global history at the University of Hamburg.

Zimmerer also explained that there are hundreds of bronze treasures, and some are not in German hands.

Al-Jazeera reported that Great Britain’s thieving a** doesn’t have plans to return any of the stolen goods.

Zimmerer believes that international pressure may make the nation change its shady mind.

“The devastation and plunder wreaked upon Benin City during the British military expedition in 1897 is fully acknowledged,” the British Museum told Al-Jazeera. It maintained that the public was informed of the nation’s thievery on the website and displays.

“We believe the strength of the British Museum collection resides in its breadth and depth, allowing millions of visitors an understanding of the cultures of the world and how they interconnect over time – whether through trade, migration, conquest or peaceful exchange,” it said continued.

In colonizer-speak, “Yeah, we stole it, and we ain’t giving it back.”