Get Your Device Charge on This Summer and Win $1,000 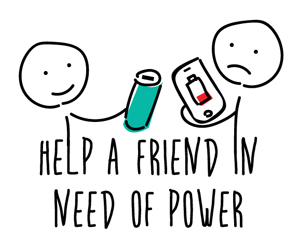 It truly stinks when you are about to take that great video or picture and you receive a low battery warning. The myChargeÂ team is determined to help out with this summer in a special campaign.

MyCharge is a Michigan-based manufacturer of portable charging solutions.

Charge It!
Over the next several months, myCharge will hand out to the public specially marked portable chargers. The myCharge power teams will hand out over 25,000 chargers at 12 events across the United States.

Anyone who uses the myCharge devices will be asked to pass them on the next time they come across someone with a low battery and has no way to charge.

Each Charge It Forward device will be marked with a unique number. Texting that number will direct the person in possession of the charger to a website where they will join that particular charger’s team. Teams will be able to track how far their charger has traveled on the website.

Win Prizes and Cash Money for Charging Your Phone
Additionally, each month the team with the charger that travels the furthest distance will be eligible to win cool prizes, including trips, chargers, and gift cards. One lucky individual will also be randomly awarded $1,000 at the end of the year for ‘charging it forward.’

Here’s where the Charge It Forward locations will be during the course of the summer: