Getting Two Years of College for Free 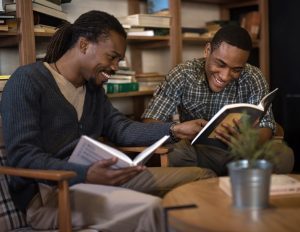 In the last few years, hundreds of schools across the United States have endorsed the idea that giving teens access to college classes while they’re still in the relative cocoon of high school helps ease the transition to higher education. So, it wouldn’t be unreasonable for casual onlookers to think of “early collegeâ€ as a relatively recent invention.

Yet Simon’s Rock, a tiny private school nestled in the western Massachusetts town of Great Barrington, MA, (perhaps best known as the birthplace of W.E.B. Du Bois), has been piloting the concept for some 50 years. Now, as more cities and states contemplate the general idea, Simon’s Rock is looking to preserve and spread its definition of early college to more students–one grounded in the liberal arts education it worries too many newer early colleges are eschewing.

Affiliated with Bard College since 1979, the school is a full-time, four-year, accredited institution designed for students who are ready to start college after two or three years of high school. For years, it was alone in the early college market. It operated with, and continues to abide by, the notion that a strong liberal arts education is the foundation for a lifetime of learning.

A few decades ago, that would’ve seemed pretty standard. But now, as more states and cities explore the early college concept, many are focused on equipping students with vocational skills.

“Nobody ever wants to have dual-enrollment programs that have any kind of liberal arts or humanities emphasis,â€ says Tony Carnevale, the head of theÂ Georgetown Center on Education and the Workforce. “They just don’t.â€ High schoolers in the Houston area, for instance,Â take welding courses at local community colleges, to pick up the skills they need to work after graduation in the oil and construction industries, an arrangement driven in large part by employer demand.

And too often, critics like Ruth Lopez Turley, the director of the Houston Education Research Consortium,Â worry that these programs have attracted lower-income students of color, who might have succeeded at a four-year university, if given the chance.

Read more at the Atlantic.