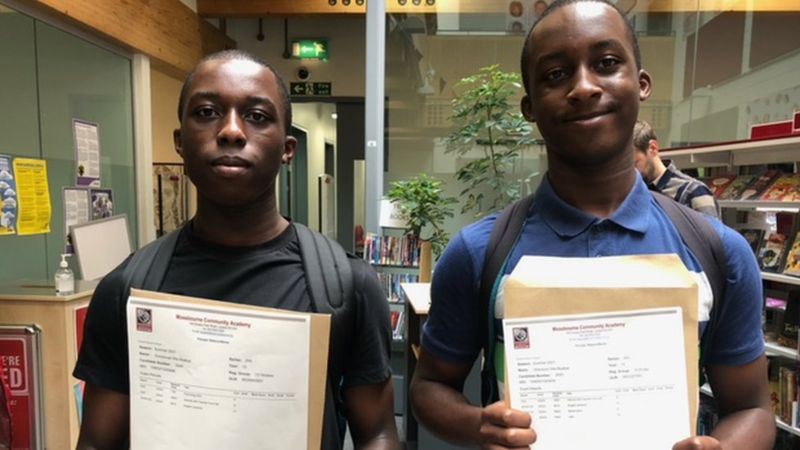 A pair of Ghanaian twins in the United Kingdom have gained admission to two prestigious schools for their exemplary high school grades.

Emmanuel and Ebenezer Boakye, students at Mossbourne Community Academy in London’s Hackney section, received top grades and honors before their graduation. Combined, the twins earned six A*s and one A, earning them acceptance to Oxford and Cambridge universities, both prestigious education institutions located in the UK.

“It’s not really sunk in yet,” Emmanuel told reporters, according to Because of Them We Can.

The 18-year-olds credit their mother, Victoria Genfi, who raised them as a single-parent, as one of their strongest supporters.

“We’ve always had people in our corner, our mum and the school, supporting and pushing us to do it,” Emmanuel said.

Genfi, 58, said she believes pushing and supporting children leads them to greatness.

“I can’t put into words how proud I am or how wonderful they are…We’ve come a long way. I believe that no matter what background you come from, if you push your children and support them through everything, they can achieve anything,” she told BBC.

Their differences in school choice won’t bring sibling rivalry. “We’re still going to support each other at our different universities,” Ebenezer said.

Their mother plans to continue supporting them on their journey in higher education. She said she plans to deliver home-cooked meals to both sons once a month, alternating between the schools.

According to Because of Them We Can, students in Europe have shown growth since the COVID-19 shutdown. More than 36% (36.5%) of London students have achieved top grades, they reported. A-level grades for students in England, Wales, and Northern Ireland are at a record high, with 44.8% of students getting A* or A grades.

Emmanuel and Ebenezer Boakye have promised to pursue their studies and “make their mum proud.”